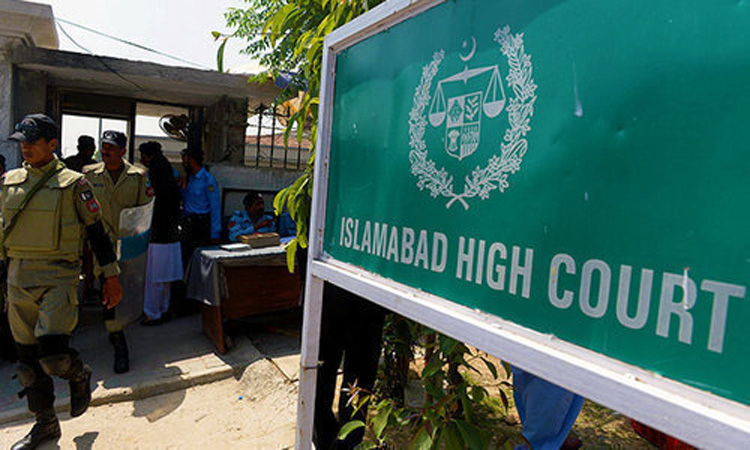 PTI Chairman Imran Khan Saturday challenged the order of the Election Commission of Pakistan (ECP) in the Islamabad High Court, praying to the court to set aside the judgment as ECP had no jurisdiction over the matter. The matter will be taken up by IHC Chief Justice Athar Minallah on October 24 (Monday). Imran’s lawyer, Barrister Ali Zafar, filed on his behalf a writ petition in the IHC, praying that the order be declared “against the settled principles of law” on Article 63. The plea further urged the court to declare the ECP’s order “misconceived” and set it aside. Imran also sought a court declaration stating that the ECP lacked the jurisdiction to decide “any questions of ‘corrupt practices and disqualification'” under the Election Act and Election Rules, 2017. “Declare that the [disqualification] reference itself is incompetent, illegal, unlawful and without lawful authority, mala fide and devoid of force and in the circumstances of the instant case, declare it null and void in the interest of justice,” the plea read. The plea added the court may kindly suspend the operation of the ECP’s order and restrain further proceedings by the ECP or its behest till its disposal.

The ECP, the National Assembly (NA) speaker and NA secretary and multiple members of the lower house of parliament have been nominated as respondents in the plea. Along with this plea, Barrister Zafar also submitted an application seeking the hearing of the case on Saturday. However, the court rejected his plea and scheduled the hearing for October 24. Later, Barrister Zafar confirmed that the plea had been fixed for Monday and expressed the hope that the ECP’s decision would be overturned.