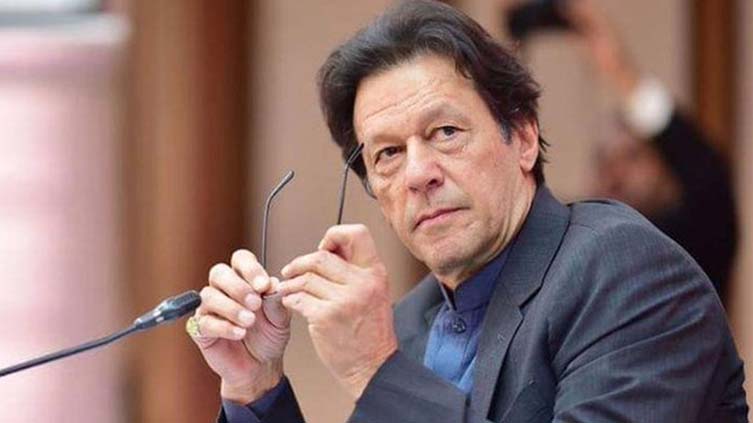 Former prime minister Imran Khan challenged the ECP’s verdict declaring him disqualified in the Toshakhana reference in the Islamabad High Court on Saturday.

Imran claimed in his petition that it is outside the ECP’s jurisdiction to make decisions about disqualification and corrupt practices.

The Election Commission of Pakistan disqualified PTI chairman Imran Khan for five years under Article 63(i)(iii) for submitting a false statement in the Toshakhana reference on Friday.

The petitioner requested the court to declare the ECP decision null and void.

However, the IHC registrar raised an objection to the PTI chairman’s petition saying that he did not get verified his biometrics result.

Rejecting the request made by Imran Khan to start the hearing of his petition against his disqualification by ECP in the Toshakhana case today, the Islamabad High Court (IHC) said the case’s maiden hearing would now be held on the day after tomorrow (Monday, October 24, 2022).

The written order of the ECP says according to Sections 137, 167, and 173 of the Election Act, Imran Khan has committed the “offence of corrupt practice by making false statements and incorrect declaration”.

“We are of the considered opinion that the respondent has become disqualified under Article 63(1)(P) of the Constitution read with Sections 137,167 and 173 of the Elections Act, 2017, consequently he ceases to be a member of the National Assembly of Pakistan and his seat has become vacant accordingly,” the order says adding that Imran deliberately concealed the Toshakhana gifts details while declaring his assets.

The office is directed to initiate legal proceedings and to take follow-up action under Section 190(2) of the Elections Act, 2017.

Article 63 (1) (P) of the Constitution states that an individual is, “for the time being, disqualified from being elected or chosen as a member of the Majlis-e-Shoora (Parliament) or of a provincial assembly under any law for the time being in force”.

The ECP had reserved the verdict in the Toshakhana case on September 19 last.

The reference was filed against the PTI chairman by the coalition government, for “not sharing details” of Toshakhana gifts and proceeds from their alleged sale.