Last week I argued that freedom of speech and opinion is guaranteed in the west but laws do exist to penalize the character assassination of living human beings. Those dead and gone, even founders of religions, are not covered by these laws. The reason for such a distinction is that harm can only be done to someone alive. A deceased historical figure cannot personally be harmed by adverse portrayal in written or artistic form such as a cartoon. This distinction is of course a product of modern times because, in the past, blasphemy laws existed to punish those guilty of disrespect to the official religious dogma upheld by the state.

Some readers pointed out that Holocaust denial constitutes a criminal offence in the west. How does such a standpoint make sense if only slander and libel cases affecting the rights of living individuals are punishable offences? The situation is somewhat like this: Holocaust denial is criminalised by some western states but not all. Currently, the following European countries criminalise it: Austria, Belgium, the Czech Republic, France, Germany, Liechtenstein, Lithuania, the Netherlands, Poland, Romania, Slovakia, Spain and Israel. Germany and Austria, from where the Nazi ideology originated and the Holocaust took place, take these laws very seriously and prosecute holocaust deniers in a firm way. Others, like Lithuania and Romania, despite upholding such laws, enforce them sporadically. Then there are those countries that put a higher value on free speech and do not crimialise Holocaust denial. These include the UK, US, Ireland and the Scandinavian states.

Those who favour criminalising Holocaust denial mean that to deny that six million Jews and other ethnic minorities perished during the holocaust is to condone the most well-documented mass murder in history. If tolerated it would encourage apathy and disregard for crimes against humanity and genocide in the present and future. Those who oppose such laws are of the view that even if such denial is despicable, people have a right to question it. There are cases of false accusations of mass murder and therefore the freedom of enquiry to find out the truth should not be restricted.

At any rate, if we now return to the attack on January 7, 2015 by Muslim militants on the satirical French magazine Charlie Hebdo, which published scurrilous cartoons of the Prophet (PBUH), in which 12 people lost their lives — including the editor of the magazine, four well-known cartoonists and two police officers, one of them a Muslim — we have to concede that such behaviour is outright criminal and has to be condemned unreservedly. Even in Pakistan, where murderers of alleged blasphemers have in the past escaped punishment, things might be changing soon.

However, decent people are expected not to hurt the feelings of others. The cartoons might amuse some people but they most certainly deeply offend others. In fact, such cartoons have been making the rounds in many western states, including Denmark and Sweden, and one wonders why this should this happen again and again since each time some Muslims react violently. Can one possibly argue in favour of the blasphemy laws and censorship of publications to maintain the public peace? The Inquisition — the wars of religions in the 16th century that bled Europe white — victimisation of individuals under blasphemy laws and recurring minority persecutions, including the Holocaust, have created deep-rooted antipathy towards religious dogmas and totalitarianism. I think such options are out of the question.

However, I am just wondering if scurrilous cartoons can, by analogy, be considered a form of freedom of speech and expression, which J S Mill would find inflammatory as it causes extreme reactions from some Muslims and, therefore, should be criminalised. The weakness of this argument would be that since one is free to draw cartoons of all religious founders and since Christians, Jews and others do not react the same way as some Muslims do there is no basis for a general ban on such a form of artistic expression. Banning just the cartoons of the Prophet (PBUH) as an exception to the general praxis would be a contradiction difficult to justify. Of course we have the example of the fatwa issued by Ayatollah Khomeini calling for the assassination of Salman Rusdie for his novel, Satanic Verses, which he declared as an insult to Islam and the Prophet (PBUH). So, banning just cartoons would not solve the problem.

There is of course the question of decency. One can expect from civilised people not to hurt the feelings of others. Most do not, and normally people do exercise self-restraint but that is a matter of discretion and good manners, nothing more. Since Muslims have settled voluntarily in the west they have to obey its laws, including those on freedom of speech. Alternatively, they can peacefully propagate their standpoint and if they gain the support of a majority in European parliaments they can have the law changed on this matter. The third option is to return to their countries of origin where such acts do not take place. Then, of course, one can learn to ignore such publications as acts of foolishness. Finally, one can create pressure on western societies to change their ways by refusing to trade with them. These are some of the approaches that can reasonably be adopted to deal with the menace of scurrilous cartoons.

My theory is that those who publish such cartoons do have a political motive: to provoke an angry reaction from Muslim extremists and on such a basis problematise the Muslim presence in the west. Many anti-immigration parties explicitly demand that Muslims should be sent back to where they came from. The publication of cartoons is music to the ears of Islamists. The most extreme groups exploit such occasions to advance terrorism. Even ostensibly peaceful ones look for all opportunities to polarise Muslim immigrants and the mainstream populations of western states. For example, during the September 2014 Swedish election, cadres of Hizbut Tahrir, an organisation committed to the establishment of global Islamic government, went around polling booths dissuading Muslims from voting. They were told to instead prepare for the revival of the Islamic government. All this does not augur well for relations between Muslims and non-Muslims in the west. 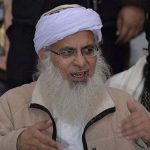 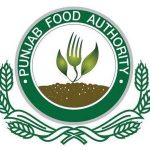 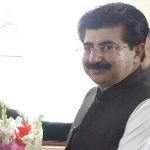 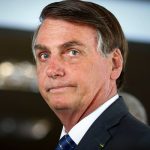