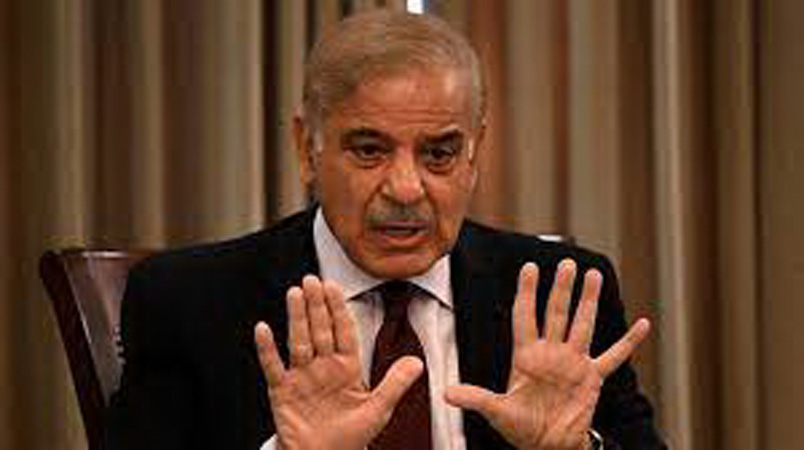 Prime Minister Shehbaz Sharif on Wednesday said the China-Pakistan Economic Corridor (CPEC) was set to enter the next business-to-business (B2B) mode after the productive government-level phase. Chairing a review meeting on CPEC, the prime minister said the government had rejuvenated the multi-billion dollar project that faced hiatus during the previous government. The meeting focused on infrastructure projects, particularly Main Line-1 (ML-1), Karachi Circular Railway and Karakoram Highway. The project related to the production of 10,000-megawatt electricity from solar and wind sources also came under discussion. Shehbaz Sharif said Pakistan was about to witness an industrial boom with the restoration of CPEC projects. He welcomed the interest of Chinese companies to invest in Pakistan’s solar projects. The prime minister said the ML-1 rail project would play an important role in the strengthening of the national economy by connecting the country’s ports with China and Central Asia. He termed the ML-1 project the ‘backbone’ of the country with high prospects of progress. The meeting was attended by former prime minister Shahid Khaqan Abbasi, federal ministers Ahsan Iqbal, Khawaja Saad Rafique, Salik Hussain, Syed Naveed Qamar, Marriyum Aurangzeb, Syed Murtaza Mehmood and Tariq Bashir Cheema, Adviser to the PM Ahad Cheema, Minister of State for Petroleum Dr Musaddik Malik, special assistants Tariq Fatemi, Zafaruddin Mehmood, Jahanzeb Khan and Syed Fahad Hussain, PM’s Coordinator Rana Ahsan Afzal, Badar Shehbaz and senior officials. Sindh Chief Minister Syed Murad Ali Shah joined the meeting through video link. Meanwhile, Prime Minister Shehbaz Sharif, who made history by chairing the first meeting of Pakistan Climate Change Council (PCCC), in a major decision regarding the rehabilitation of flood affected people and to avoid environmental dangers in future, has directed to devise a national plan for the construction of houses and infrastructure that could withstand climate change effects.

He also directed to propose measures for adopting the housing and construction styles as per climate changes and formulating a strategy in coordination with the federal and provincial governments to tackle the environmental issues timely and on permanent basis. Pakistan Climate Change Council was established on the pattern of the Council of Common Interest (CCI) with all the federal and provincial stakeholders on board. The prime minister besides directing to make PCCC a fully functional institution also called for formulating a comprehensive national plan to identify the climate changer dangers in future. In that regard, he directed to constitute a committee of experts for the preparation of comprehensive plan.

The prime minister referred to the recent devastation caused by climate change induced floods in Sindh and Balochistan and said that despite less than 1 percent share in carbon emissions, Pakistan was among the top 10 climate change effected countries. He said that without forgetting this devastation, they had to prepare for future and rehabilitation of the flood affected people. The Climate Change Council had a vital role in that respect, he added.