On March 23, 1931, Bhagat Singh was hanged in Lahore. It was his rising popularity and support that, despite the official date of hanging being March 24, the British India government hanged him on March 23, a whole day earlier. His martyrdom is still a symbol of courage, proud and emotive among people, especially the youth. Bhagat Singh attended the DAV High School that still exists in Lahore.
Lahore represents a symbol of revolution and independence struggle against British India. There were so many people in Lahore who struggled and even lost their lives for freedom from the British Empire. This was not done or fought on the basis of any specific religious or caste identities; instead, it was done on the basis of truth and justice and on the basis of a common dream for a free land, an independent land.
Even with the division of British India into India and Pakistan, it did not mean that the legacy was divided, and neither was the relevance of these fighters or their objectives. The main objective was a free land and the common dream. Today, India and Pakistan both are free lands. The only thing that we lack is the common dream. Here, in the present scenario, even shared dreams are acceptable and appropriate to get the ball rolling.
The states of India and Pakistan are observing this martyrdom day through their people, who are reading and writing about the legend of Bhagat Singh. He was a revolutionary but history has not popularised that he was a complete revolutionary in heart and mind. He not only fought against the British administration, he fought more with people on ideological arguments. Those who relate to Bhagat Singh do not know that he was an atheist and he not only observed atheism but also conveyed its arguments and reasons to others. In another fact, he was such a keen learner and curious for knowledge and rational thinking that despite the announcement of his hanging, he started reading about Lenin with the objective of completing the book he was reading before his death.
I remember a story during a session of Aaghaz-e-Dosti, which I moderated, wherein social activist Ram Mohan Rai shared that when he visited Lahore a few years back on the death anniversary of Bhagat Singh, he found that people were shouting “Lahore mein Bhagat Singh zinda hai, Karachi mein Bhagat Singh zinda hai”. He shared that he was surprised to see this as he never expected that this would happen in Pakistan. In fact, there are many Indians who still do not know Bhagat Singh’s connection to Pakistan.
The village of Bhagat Singh in Pakistan witnesses the ritual migration of people from India every year. Despite being named in the delegation of the South Asian Fraternity, unfortunately I missed the opportunity this year of being present at this place but I feel that probably Bhagat Singh is of Pakistan and India both and they still work for his objective of a common dream.
During his hunger strike in jail, Bhagat Singh became successful in gaining public support and political focus to highlight the issue. This hunger strike was carried out by Bhagat Singh and other prisoners to demand equal rights for all prisoners. It must be remembered that the two persons who later became the leaders of India and Pakistan, supported the hunger strike move of Bhagat Singh.
Mohammed Ali Jinnah once told the Central Assembly: “You know perfectly well that these men are determined to die. It is not a joke. I ask the honourable law member to realise that it is not everybody who can go on starving himself to death. Try it for a little while and you will see. The man who goes on hunger strike has a soul. He is moved by that soul and he believes in the justice of his cause; he is not an ordinary criminal who is guilty of cold-blooded, sordid, wicked crime.”
In today’s India and Pakistan, where there is stil a lot of injustice and social evil, probably we need to look again at these legends. The support of the government of Pakistan shown through the announcement of a package for his village, or efforts of peace activists in Pakistan to rename Shadman Chowk as Bhagat Singh Chowk are definitely a show of respect towards him. But more than these gestures, we (Pakistanis and Indians) really need to live his dream, of a common and shared future, of peace, of happiness, of self-rule and independence of hearts and minds.

The writer is a petroleum engineer, core team member of Aaghaz-e-Dosti and founder of Mission Bhartiyam. He may be followed on Twitter at #ravinitesh 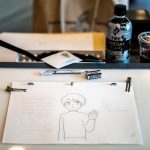 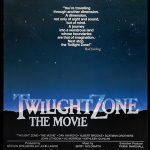 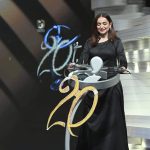 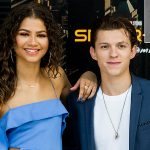 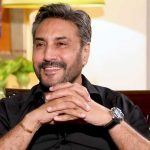