Kenya’s new president, William Ruto, said he had dissolved a police unit accused of extrajudicial killings, in a move hailed by human rights groups. The Special Service Unit (SSU), which was created more than two decades ago, has been in the spotlight as cases of disappearances and murders in the East African country soared in recent years. “We have disbanded the unit that was killing Kenyans arbitrarily,” Ruto said on Sunday. “Security deteriorated and the police changed to killing Kenyans instead of protecting them,” he added, referring to the tenure of the previous administration in which he was deputy president.

In January, police began an investigation after badly decomposed bodies, some of which bore signs of torture, were found in a river in western Kenya. At least 39 unidentified bodies — all men — have been retrieved from the River Yala, according to Missing Voices, a campaign group focused on extrajudicial killings. Bodies have turned up in other Kenyan rivers under similarly mysterious circumstances.

The discoveries came amid public anger over police brutality and what is seen as the government’s failure to hold officers to account. The police are yet to make public their findings into the dumped bodies. Ruto blamed the murders on the SSU and vowed to overhaul the security sector. “We have a plan to secure this country so that we avoid the shame of Kenyans killed through extra-judicial killings and put in Yala river and other rivers,” he said.

Activists welcomed the decision and called for a probe into the elite squad. “The police must also audit SSU activities and publicly respond to allegations of responsibility for enforced disappearances and extrajudicial killings of many suspects,” Amnesty Kenya said on Twitter. Police in Kenya have been accused in the past of running hit squads targeting those — including activists and lawyers — investigating alleged rights abuses by the security services. According to Missing Voices, there have been 1,264 deaths at the hands of police since it began collecting data in 2007, and 237 enforced disappearances as of September. The Directorate of Criminal Investigations (DCI), to which the special unit belonged, said all its officers had been recalled “for further instructions”. 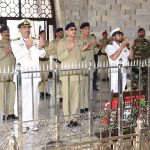