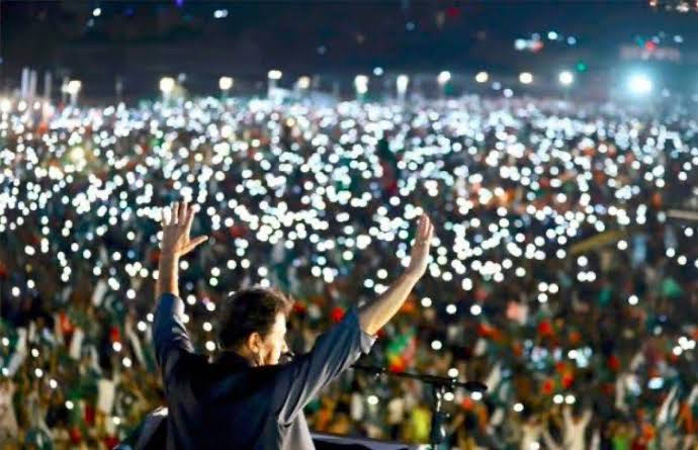 The Pakistan Tehreek-e-Insaf (PTI) Chairman and ex-PM Imran Khan has won six out of seven seats he was contesting in the by-polls held in 11 constituencies across the country.

The former premier has broken his own record of victory on five seats which was the most by a single candidate in any election. These 11 seats where by-polls were held included eight seats of National Assembly and three of Punjab Assembly. The PTI also emerged victorious on two out of three Punjab Assembly seats, while one seat was won by the PML-N.

The NA-237 Karachi was the only constituency where Imran Khan faced loss against the PPP’s Hakeem Baloch, while PPP’s Ali Musa Gilani won in NA-157 Multan against the PTI candidate Meher Bano Qureshi, according to provisional results.

In many cities, the PTI activists started celebrations on the victory.

In PP-209, the PTI candidate Faisal Khan Niazi has won by securing 71,586 votes against PML-N’s Chaudhry Ziaur Rehman who bagged 57,864 votes. In PP-241, the PTI candidate Malik Muzaffar Khan won the by-poll by securing 55,005 votes while PML-N’s Amanullah Sattar Bajwa came second with 48,650 votes. The counting of votes started at 5pm after the polling – which started at 8am – was held without interruptions despite intense political activity. Sporadic clashes were reported in some constituencies. The Election Commission of Pakistan (ECP) said that overall, the polling process remained peaceful, and the commission’s central control room received 15 complaints of code violations. A spokesperson for the commission said that most of the complaints were about workers of political parties clashing and other minor issues. “The received complaints were resolved immediately.” The by-poll on NA 45, a tribal area seat, were postponed over the law and order situation. The lower house seats were vacated after NA Speaker Raja Pervaiz Ashraf had accepted the resignations of PTI MNAs – nine on general seats and two on reserved seats for women. Moreover, by-elections were also being held on three Punjab Assembly seats – PP-241 Bahawalnagar-V; PP-209 Khanewal-VII, and PP-139 Sheikhupura-V.