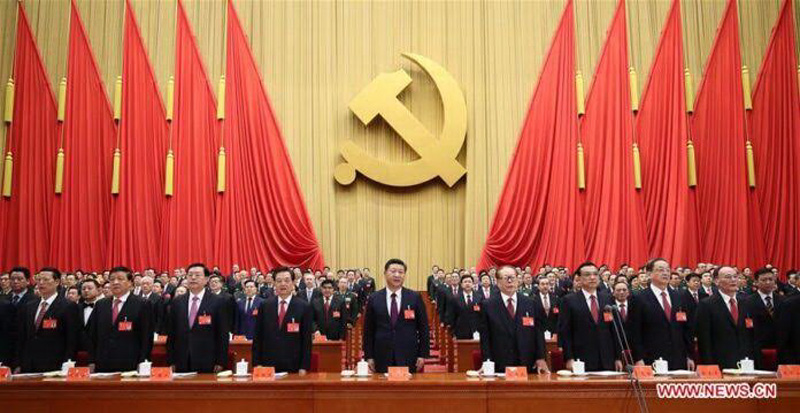 The world seeks out hopes from the 20th National Congress of Communist Party of China all set to begin today (Sunday) because what is to be hashed out and laid down as blueprints for the future of China, will leave a lasting imprint on the world’s geo-political, geo-economic, and geo-strategic landscapes, says a report published by Gwadar Pro on Saturday.

In the face of deep-rooted challenges relating to economic recession, inflation, climate change, politicisation, protectionism, global disharmony, terrorism, war, food security and prejudices of superpowers, people of the world need a beacon of light to forge ahead.

Yasir Habib Khan, President of the Institute of International Relations and Media Research (IIRMR), the author of the report, viewed that leaving aside a few that are hell-bent to hold their hegemony with a Zero-sum narrative, the rest of the world is looking towards someone to lead. Someone that works with them as a team. Someone that believes in partnership with the philosophy of co-existence, harmony, peace and a win-win development model for all.

The 20th CPC National Congress is occurring at a specific time when the US midterm elections are about to be held next month. What results comes out will set the direction of American’s relations with China. Russia-Ukraine war is also going berserk fuelled by International players, especially NATO.

Afghanistan issue is further in limbo. Ten days before the 20th CPC National Congress, the UN Human Rights Council rejected a Western-led motion to hold a debate on China’s alleged human rights violations in Xinjiang as 19 countries voted against the motion, 17 voted in favour, and 11 abstained. It’s only the second time in the UN body’s 16-year history that a motion has been defeated.

Besides all it is fortunate that the world attaches hopes to China, having observed the past five years of China’s epic development implemented by the 19th CPC National Congress that has created global positive ripples in the length and breadth of the world. During the 13th Five-Year Plan period under stewardship of CPC from 2016 to 2020, China made great strides in improving the economy, people’s livelihood and other fields. China has contributed over 30 percent to global economic growth, with GDP hitting almost 100 trillion yuan ($14.9 trillion).