* The song was shot in Karachi at Jabees Funland 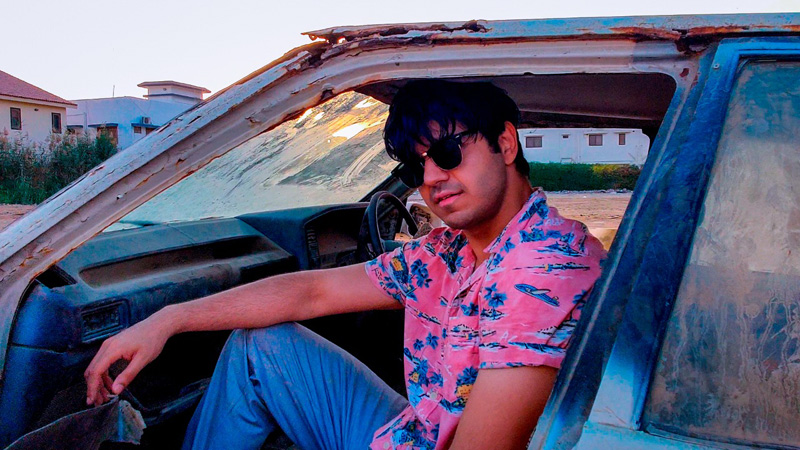 Our very own ace singer and actor Hamzah Tariq Jamil has released his second hit single On Time, a song about a notorious lover and her unpunctual ways.

Hamzah himself has written, directed and sung the number produced, mixed and mastered by Shaur Azher

The song was shot in Karachi at Jabees Funland. We can see the video captures the nostalgic vibe of the 80s and has a great balance of flamboyance and subtlety which is a visual treat.

From the lyrics to the video itself, On Time is a fun, light hearted and captivating music video with a set of very well written, rhythmic lyrics with a dash of satire which makes the song even more catchy.

As always Hamzah’s on screen presence has been delightful and engaging which is magnified in the video too making it fun and relatable.

“I have a great time working on songs which a narrative and subtext behind them” stated the star himself. The lyrics, the composition and everything in between, all are very well thought of.

From the visuals to the direction and the execution, On Time does come off as a very well shot video with everything on point.

Hamzah TJ’s talent outshines every time he’s worked on something and we are very excited to see what this super talented star is up to next.