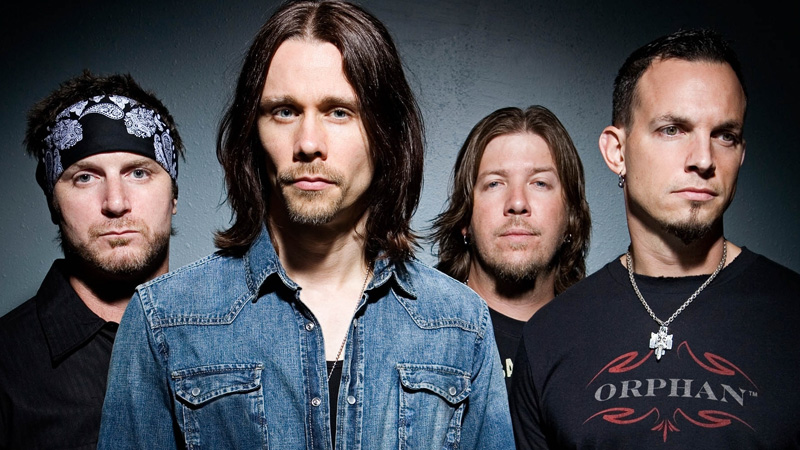 Few bands in hard rock predictably deliver stellar, complete records quite like Alter Bridge. The rock and roll stalwarts have been rolling along without pause for nearly two decades, each passing record becoming a little more complex and progressive, pushing the musical limits of its members.

Their seventh album represents a bit of turning point. On one hand, it pushes the band into some of its heaviest territory ever. But on the other, it also dials in a return to the anthemic and memorable songwriting qualities that its earliest records exuded. Pawns & Kings’ 10 tracks run the gamut with callbacks to different points in the life of Alter Bridge-from unrelenting rockers and mid-tempo melodic power ballads to expansive and technically demanding progressive rockers.

The album’s opening track is a dramatic no-nonsense rock anthem, with vocalist Myles Kennedy’s signature upper register immediatly making its presence felt. The well-crafted chorus is focused and driven, with a clear message of non-compromise. The down-tuned riffs and melody-heavy track “Dead Among the Living” calls back to material that might fit on the band’s Blackbird album, with substantially more heaviness.

Guitarist Mark Tremonti remains one of hard rock’s MVPs on six strings. Tremonti’s fingerprints are all over the album, from the churning riffs to the complex and blistering solos; even adding lead vocals on mid-tempo rocker “Stay.” Tremonti’s guitar work blasts down the doors on brooding rocker “Silver Tongue.” Drummer Scott Phillips and bassist Brian Marshall hold down the rhythm section as Kennedy’s soaring vocals carry the urgency of the track.

Pawns & Kings feels much more in-character for a band that took on a more diverse, throwback sound on prior effort Walk the Sky. Here, Alter Bridge feels at its most comfortable, delivering compelling and musically thrilling tracks that span the hard rock spectrum.

The heaviness returns on “Holiday.” For as aggressive as this song is, the vocals sound like a blues cut; at least a bit. They put emphasis on the melodies. It seems that Tremonti focused some of his more complex and expressive guitar work into the handful progressive tracks. The exquisite “Fable of the Silent Son” may be one of the most impressive songs Alter Bridge has ever written. The eight-minute track strikes a divine balance between heaviness, complexity, melody and anthemic qualities. It’s each of the band members operating at the peak of his abilities.

The band follows it up with more melodic hard rocker “Season of Promise,” again showcasing the interplay between the two vocalists. The group takes things home on aggressive and progressive footing, with a pair of tracks that eclipse five minutes: “Last Man Standing” and the title track.