* Like other half-modernised classic works, 'Rosaline' strands its irreverent millennial characters in a stuffy olde world 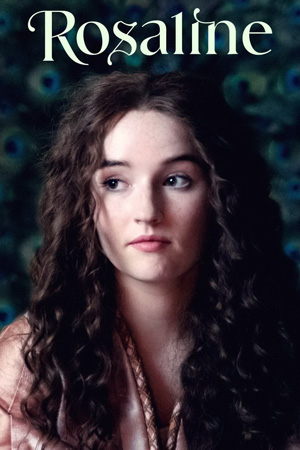 For never was a story of more woe than this – and I’m not talking about the trysts of Romeo. “Rosaline,” Karen Maine’s hapless Shakespeare reimagining, stages history’s most famous romance from the novel perspective of Rosaline, Romeo’s jilted ex. It’s a clever enough gimmick. But in playing out the reverie, the movie epitomizes a du jour Hollywood adaptation style that’s nothing short of agonizing, planting one foot in the source material and the other in a cheeky 21st-century sensibility.

Like other half-modernized classic works, “Rosaline” strands its irreverent millennial characters in a stuffy olde world. Think “Enchanted” in reverse: Clad in opulent chemises, bodices and waistcoats, Rosaline whines, cusses and flails through Verona, egged on in her diablerie by her world-weary nurse and sassy sidekick, Paris. When Romeo, Rosaline’s then-paramour, tries to woo her with blank verse, she squints and cuts in, “Why are you talking like that?” The engine of this movie is snark and Dever, overtaxed with carrying the comedy, brings a dauntlessness to the role, even during more daft moments.

Romeo snubs Rosaline for Juliet. Paris proposes. The Montagues clash with the Capulets. You know much of the rest, though Rosaline’s courtship with a local hunk named Dario and a puerile, eager-to-please third act are some of the movie’s bigger breaks with tradition. Shall I compare the screenwriters Scott Neustadter and Michael H Weber to the Bard? I’d rather not.