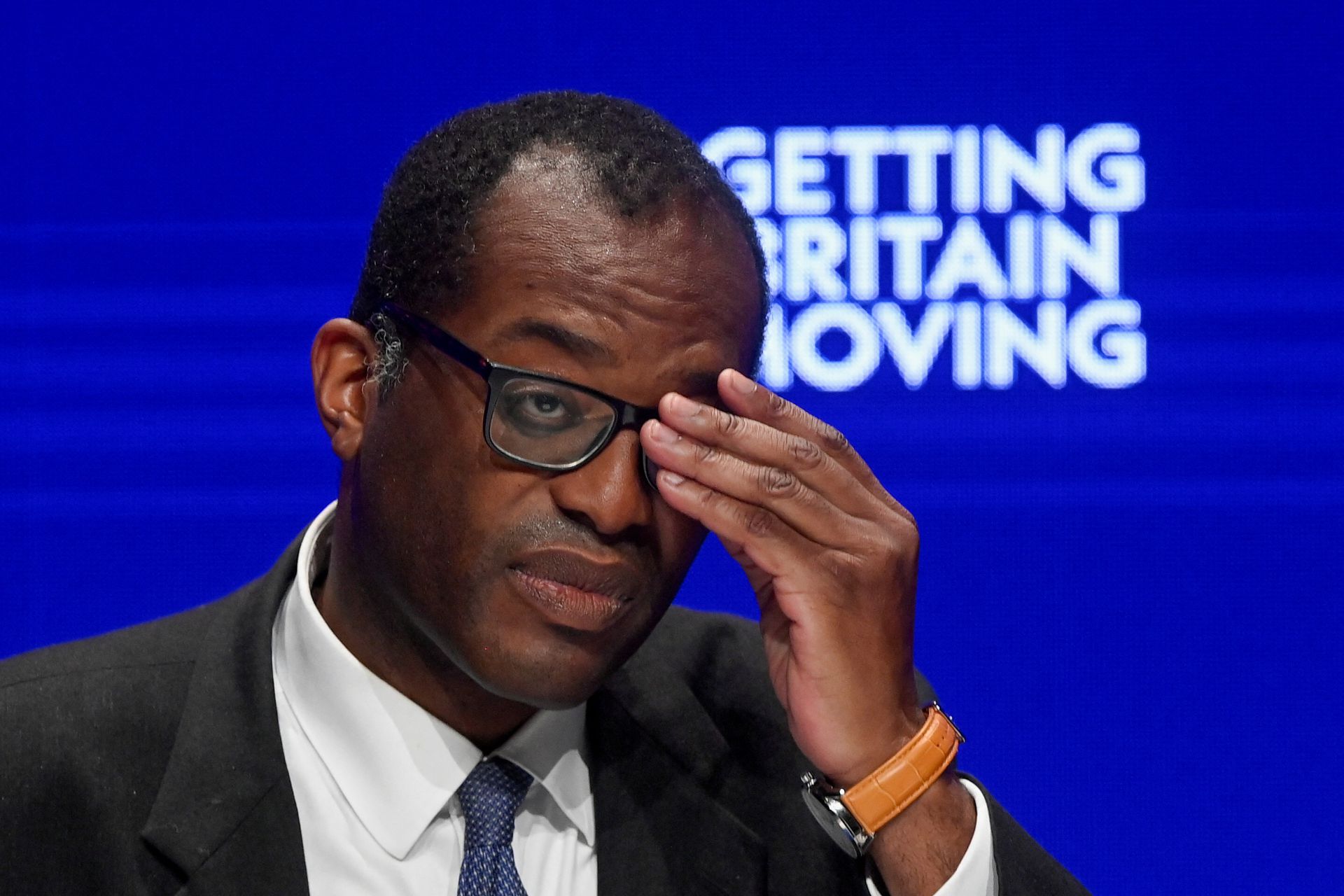 London: Britain’s beleaguered finance minister insisted Thursday he was safe in his job but endured a rebuke in Washington from the International Monetary Fund over his misfiring economic policies.

While Kwasi Kwarteng said “100 percent, I’m not going anywhere”, Prime Minister Liz Truss was reportedly casting around for a replacement chancellor of the exchequer to avert threats to her own job.

Paul Goodman, a former Tory MP who is editor of the influential ConservativeHome blog, told the BBC that less than 40 days into her premiership, “all sorts of names are being thrown about” to replace Truss.

Kwarteng and Truss have been on the back foot ever since unveiling on September 23 a “mini-budget” that spooked the financial markets and heaped further pressure on UK households battling a cost-of-living crisis. After climbing down on their intention to cut taxes for the wealthiest, multiple media reports suggested the embattled leaders were mulling more U-turns, including on planned changes to corporation tax.

“My total focus is on delivering on the mini-budget and making sure that we get growth back into our economy,” Kwarteng told UK media in Washington. “That’s the central prize,” he said, even as the pound rebounded on currency markets following reports of his new volte-face.

Kwarteng said he would press ahead with a “medium-term fiscal plan” on October 31, outlining how the government will balance the books after the debt-fuelled tax cuts, although Truss this week ruled out cuts to government spending.

As the new government has veered around on its flagship reforms, the Bank of England has been forced to step in with costly market interventions to steady investor nerves and stop some pension funds from collapsing.

Kwarteng was meeting other finance chiefs in Washington at the annual meetings of the IMF, whose chief Kristalina Georgieva said she had “very constructive” talks with the chancellor and Bank of England Governor Andrew Bailey. “We discussed the importance of policy coherence and communicating clearly so there can be no — in this jittery environment — there could be no reasons for more jitters,” she told reporters.

All governments should keep in mind that “fiscal policy should not undermine monetary policy”, Georgieva stressed. “So don’t prolong the pain and make sure that actions are coherent and consistent.” Conservative MPs have been alarmed by a slew of opinion polls that point to their party facing electoral disaster, not long after party members elected Truss to succeed the scandal-plagued Boris Johnson.

One YouGov poll after the mini-budget gave the main opposition Labour party of Keir Starmer a huge overall lead of 33 points. Goodman said potential leaders being talked about included former finance minister Rishi Sunak — who stood against Truss — and “even Boris Johnson”.

“One idea doing the rounds is that Penny Mordaunt and Rishi Sunak, who, after all, between them got pretty much two-thirds of the votes of MPs (in the leadership contest), come to some kind of arrangement and essentially take over.”

Senior Tory Mordaunt also stood against Truss, and has broken cabinet unity to warn her against cutting welfare benefits. Truss has enjoyed the shortest honeymoon period of any British political leader in living memory — so much so that The Economist this week said she had “the shelf-life of a lettuce”.

On Wednesday, she appeared in parliament for the first time since the contentious mini-budget and told MPs she was “absolutely” committed to maintain current spending. But with currency, bond and other markets spooked by the extra borrowing earmarked to pay for the budget’s tax cuts, fears have grown that she will slash government department budgets, returning to the unpopular austerity policy of a decade ago.

The respected Institute for Fiscal Studies on Tuesday said the government would have to cut spending by more than £60 billion ($67 billion) just to stabilise debt levels by mid-2027. Foreign Secretary James Cleverly, however, insisted the government should “absolutely stick” with Kwarteng’s mini-budget to help drive economic growth.

“I think changing the leadership would be a disastrously bad idea politically and also economically,” he told BBC radio Thursday, a day after a difficult meeting between Truss and members of her party.