Prime Video today announced that the third season of the Emmy-nominated series, “Four More Shots Please!” will globally premiere on October 21 in more than 240 countries and territories. Produced by Pritish Nandy Communications, directed by Joyeeta Patpatia and written by Devika Bhagat. The series having dialogues by Ishita Moitra, the much-awaited Amazon Original will pick up from the dramatic note on which the second season ended, bringing back to screens the lives of four unapologetically flawed women who live, love, blunder, and discover what continues to make them tick through their forever friendship in the city of Mumbai. 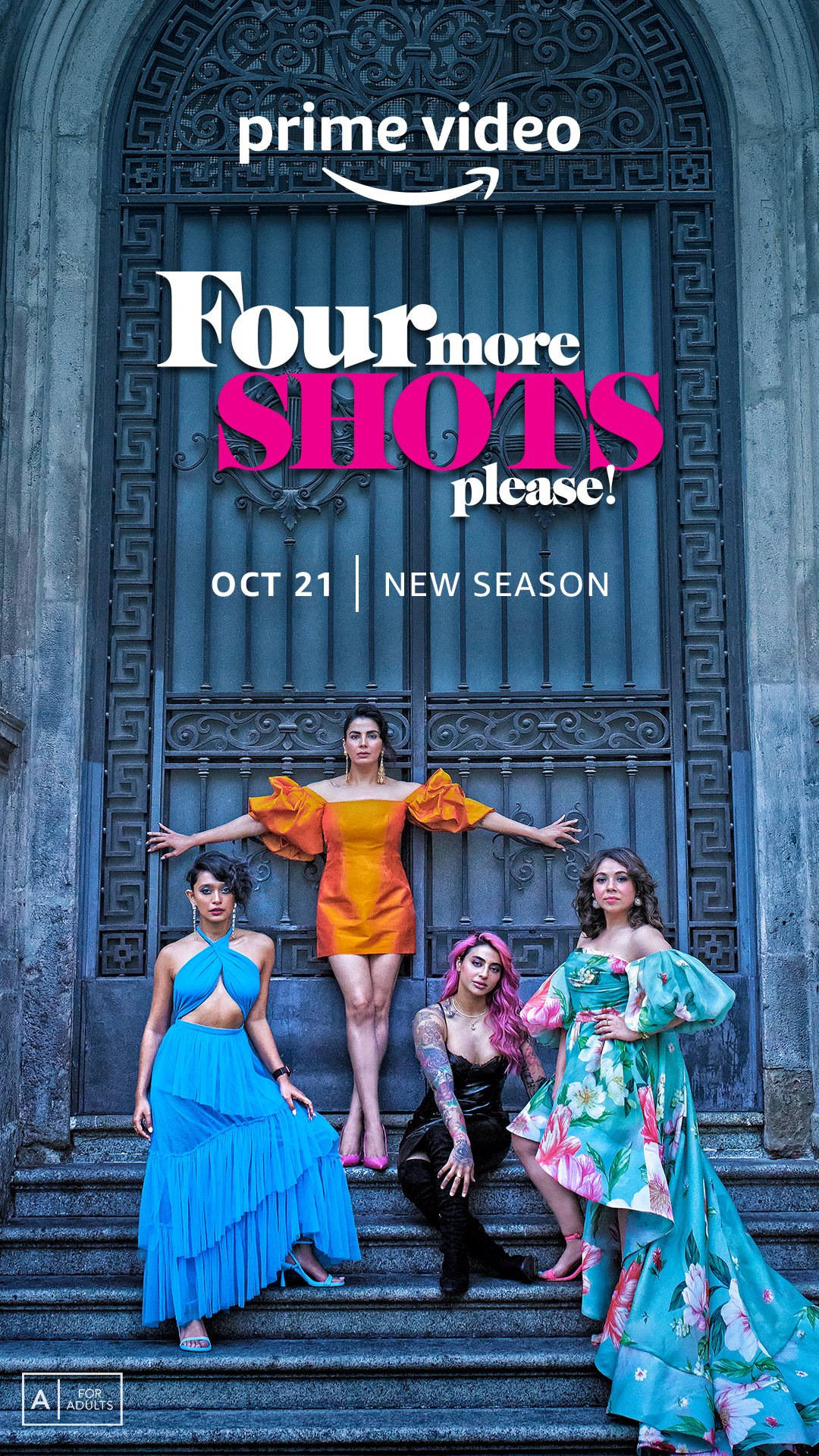 “The unapologetic, resilient divas are back! Four More Shots Please! has been a true labor of love. It has received immense adulation and appreciation from audiences, not just in India but across the world, for its nuanced portrayal of contemporary Indian women who are ambitious, fearless and independent. It’s a celebration of sisterhood,” said Aparna Purohit, Head of India Originals, Prime Video India.  “This show reaffirms our commitment to promoting diverse and new cinematic voices and making Prime Video a home for talent. 70% of the creators who we work with on a project, work with us again and that exemplifies true collaboration! We’ve had a long-standing collaboration with Pritish Nandy Communications and can’t wait to unveil the new season of the show on 21st October!”

“The success of our first two seasons, has driven us to produce a power-packed season 3. Four More Shots Please! travels to Italy and Punjab this season, apart from South Mumbai; the drama is bigger, the scale is larger, and the friendship is stronger. The show’s nomination at the international Emmys in 2021 is a testament to the fact that Four Shots Please! has hit a personal note with audiences in India and internationally. There is really no other show that celebrates female friendships as Four More Shots Please! and I’m hopeful that our fandom will grow substantially with this new season.” said producer Pritish Nandy.

“Season 1, you met Anjana, Damini, Umang and Siddhi, season 2 you saw them stumble through life lessons and blunders, season 3 watch our girls own themselves; drama, failures, errors in judgment, losses and warts, all included. In that sense, season 3 is our most personal season. There is no way that you will not want to be a part of this friendship.” concludes Creator, Rangita Pritish Nandy.