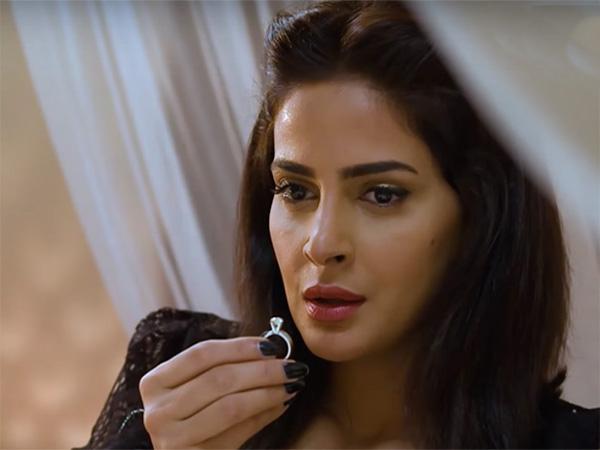 No Pakistani drama feels complete with women shedding a tear, getting beaten up, or worse, harassed and sexually abused on television to make a ‘great story.’ It has become a norm to show women and men playing restrictive roles on television without breaking away from the generalized expectations of romance and love triangle plots.

However, some dramas stand out from the rest amongst the ocean of repeated storylines and overdone character traits. They are unique and possess a defiant flare to their stories and characters. Here is a lowdown of the top 8 dramas that garnered high praise from critics and audiences alike for their refreshing narratives and surprisingly strong characters.

With a whopping 8.4 IMBD rating, Udaari stands as one of the most popular series, attracting a massive audience. The story adheres to a number of strong, independent women who, above all atrocities, fight against the prevailing conflicts society upholds against women, such as rape, child abuse, harassment, and discrimination. The drama stars Urwa Hocane, Farhan Saeed, Bushra Ansari, and several other renowned faces.

Udaari highlights the importance of strong women supporters in society and dismisses the notion that women need to be represented as oppressed being for the audiences’ salivation. The women in this show are powerful, full of rebellious energy, and can say no to a proposal without getting harassed in return.

Saba Qamar’s acting prowess shone through in Baaghi, making her the perfect fit for the role of Fouzia Batool, also known as Qandeel Baloch. Baaghi exposed the deteriorating mindset of families that believe in honour killing and participate in murdering innocent women in the name ‘izzat.’

Qandeel Baloch herself was an accurate rendition of women’s empowerment. The serial managed to capture Qandeel’s revolutionary flare that her brother and ex-husband could not tame. She wanted a better life for herself and her attempted escape from the torment of the patriarchal structure that garnered her immense fame, also, ultimately cost her, her life.

A tale of six courageous, inspirational, and willful women joining the Pakistan Army to become formidable leaders for their nation, Sin-e-Aahan is not only the first serial to show women in the army but also encourages others to serve their country and defy the norms of society. The show highlights how the military is not just for men but also women from diverse backgrounds.

The drama stars Ramsha Khan, Kubra Khan, Yumna Zaidi, Syra Yousuf, and Sajal Ali. These actors embody strength and dominant women who challenge the stereotypes embedded in our culture, not just in their personal lives but also through their performances.

Even an 8.9 rating on IMBD wouldn’t justifiably convey the remarkable depiction of social issues discussed in this series; the plight of sex trafficking victims, the prevailing prostitution culture, and trade. Breaking away from traditional, monotonous, and stereotypical romantic stories, the show took on a darker reflection of society and all its problems.

There is a dearth of well-made dramas centered around important but taboo topics in Pakistan. Dil Na Umeed Tou Nahi is one such example for writers who struggle to jot down society’s crucial troubles and often resort to the same old, overdone formulaic romantic comedies.

The third gender often referred to with insulting labels, is a reality of our world. Khuda Mera Bhi Hai highlights the travesty of a newborn child, born intersex in a culture that discriminates, insults, and dislikes the very livelihood of such individuals as they don’t fit the norm. The serial examines the gender identity crisis and the marginalization of the young child.

Ayesha Khan, Syed Jibran, and Furqan Qureshi have done an exemplary job of showing an accurate picture of society by giving intersex people a voice in the industry through this narrative. Like other dramas based on social issues, this one takes the top seat.

A docile, sweet, caring, and quiet female lead paired with a dominant, intelligent, witty, and courageous male lead. The man saves the damsel in distress and gets hitched; a true love story. Hum Tum brings a tale that severs ties with all the atrocious stereotypes in Pakistani drama. The serial compromises on self-sustaining and assertive women who turn their life around for the better without a man.

It’s refreshing to see storylines that do not require the female actor to be subservient and an individual with no life of their own. Moreover, this drama enables women to see themselves as more than just an extension of their male counterparts, a necessary message for women in society.

Another serial starring Saba Qamar, Besharam breaks the stereotypical norms of culture, tackling the negative assumptions society makes about women who join the fashion or entertainment industry. It illustrates the heated debate surrounding “western influence” in Pakistan and how that has “prompted” passionate women to pursue acting and modelling career.

The drama is a stark reminder that the culture we reside in has polarised beliefs, and they will always be at war with one another.

Acid attacks, split personality disorder and sexual abuse; the show discusses numerous mental health issues and talks about neglected individuals who are left to fend for themselves. Mental disorders are a massive taboo in Pakistan, but Ishq Zahe Naseeb has highlighted the existence of these issues and also encouraged people to discuss their mental health with others.