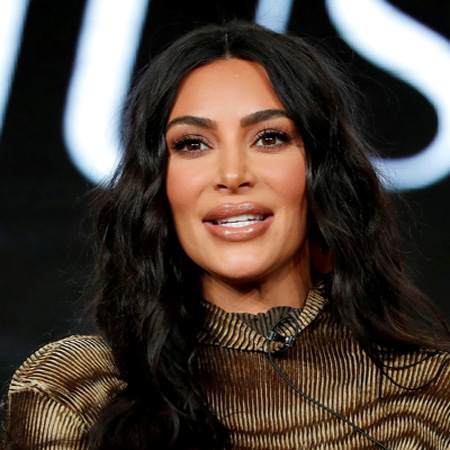 US reality star Kim Kardashian has agreed to pay a $1.26 million fine after unlawfully pushing a cryptocurrency on Instagram without revealing that she was paid to do so, the Securities and Exchange Commission announced Monday.

The agency accused Kardashian, who has 331 million followers on Instagram — making her one of the top ten most followed people on the global social network — of failing to disclose that she was paid $250,000 to post about EMAX tokens, the crypto asset security being offered by EthereumMax. The fine includes a penalty of $1 million plus $260,000, representing the amount Kardashian paid plus interest, the SEC said in a statement. She also agreed not to promote any crypto asset securities for three years. “Are you guys into crypto????” the post, published in June of 2021, read. “This is not financial advice but sharing what my friends just told me about the Ethereum Max token!”

SEC Chair Gary Gensler said the case was “a reminder that, when celebrities or influencers endorse investment opportunities, including crypto asset securities, it doesn’t mean that those investment products are right for all investors.” “We encourage investors to consider an investment’s potential risks and opportunities in light of their own financial goals,” Gensler said in a statement.

Reality-star-turned entrepreneur Kardashian came to fame with the US reality show “Keeping Up With the Kardashians,” which tracked the lives of her family members in Los Angeles. The 41-year-old has steadily built her business empire in recent years — most visibly with her apparel and beauty brands — and has a net worth of $1.8 billion, according to Forbes.

She announced last month that she was branching into a new business arena with the launch of a private equity firm SKKY Partners. “Ms. Kardashian is pleased to have resolved this matter with the SEC,” a lawyer for the star said in a statement. She “fully cooperated with the SEC from the very beginning and she remains willing to do whatever she can to assist the SEC in this matter,” it said. Kardashian “wanted to get this matter behind her to avoid a protracted dispute. The agreement she reached with the SEC allows her to do that so that she can move forward with her many different business pursuits.”

Other celebrities have been nabbed in the past by US authorities for illegally promoting cryptocurrencies, including boxer Floyd Mayweather, rap star DJ Khaled, actor Steven Seagal and rapper T.I. In January, investors also launched a class action lawsuit against Kardashian, Mayweather and former basketball player Paul Pierce, as well as the two founders of EthereumMax, accusing them of artificially inflating the cryptocurrency’s price.

The ultra-volatile and poorly regulated crypto market has plunged in 2022. Many central banks and financial market regulators have warned about the dangers posed by cryptocurrencies. But in the absence of a clear legislative framework, users are rarely informed when making their investments, say crypto critics.