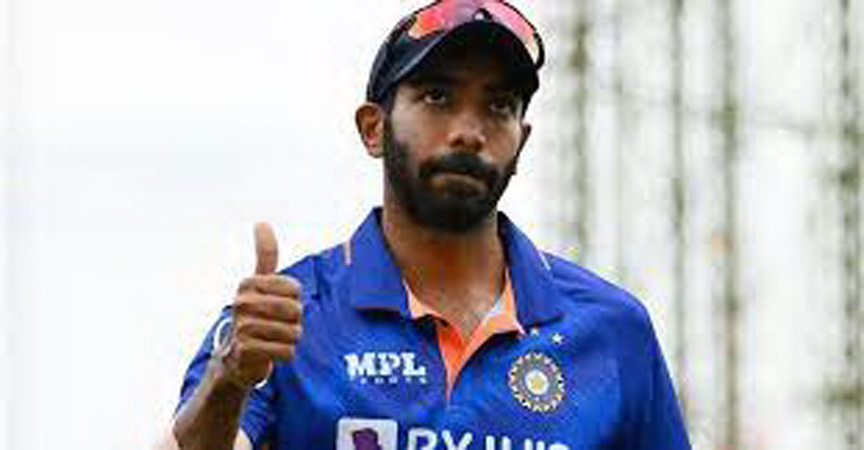 NEW DELHI: India’s pace spearhead Jasprit Bumrah was on Monday ruled out of the Twenty20 World Cup in Australia starting later this month with a back injury, the country’s cricket board said. “The BCCI Medical team has ruled out Team India fast bowler Jasprit Bumrah from the ICC Men’s T20 World Cup squad. The decision was taken following a detailed assessment and in consultation with the specialists,” the Board of Control for Cricket in India said. “The BCCI will be naming a replacement for Jasprit Bumrah in the squad for the marquee tournament soon,” the BCCI statement said. Bumrah, 28, had already been forced out of the ongoing T20 series against South Africa after he complained of back pain ahead of the opening match. It is a second injury blow for heavyweights India, who begin their World Cup campaign against arch-rivals Pakistan on October 23 in Melbourne. All-rounder Ravindra Jadeja failed to make the squad due to a knee injury that made him pull out of the Asia Cup midway through the tournament. The Indian bowling has lacked steam in the final overs of the T20 format and the side have failed to win a multi-nation competition since their 2013 Champions Trophy triumph. They missed making the semi-finals of last year’s T20 World Cup in the United Arab Emirates in a lacklustre campaign that included a 10-wicket thrashing by Pakistan. Last month they were again beaten by Pakistan as well as by eventual championship winners Sri Lanka in the Super 4 stage of the Asia Cup. Bumrah has played 30 Tests, 72 ODIs and 60 T20Is for India since making his international debut in January 2016, and is the world number four among Test bowlers in the international rankings. In white ball cricket he is known as a yorker specialist for his ability to bowl the toe-crushing deliveries in the closing overs but in recent matches has not been at his best.