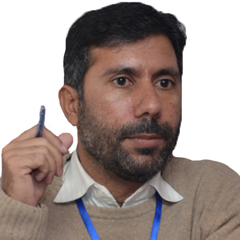 Can we Prevent Domestic Violence?

On a sunny afternoon in September, I encountered several police vehicles in front of a farmhouse in Chak Shahzad, Islamabad. Upon inquiring why I was told that a woman had been murdered by her husband earlier that morning and the police were summoned to interrogate this. I discovered that the woman concerned was a Pakistani-born Canadian whose tragic murder had attracted a fair bit of attention on social media. This is not the first murder of its kind. The gruesome murder of Noor Mukaddam presented a similar situation, her fate was sealed when she married her obnoxious husband. Women’s rights activists suggest that these instances point toward a burgeoning sort of “femicide emergency” in Pakistan. Indeed, there have been several other instances of domestic violence that do not receive attention on social media.

Domestic violence or domestic abuse usually occurs in a domestic setting, such as in marriages or cohabitation. In its broadest sense, it involves violence against children, parents, or the elderly, taking multiple forms ranging from physical and sexual to verbal and emotional. Domestic violence has also been linked to increased incidences of violent crimes such as murder.

According to the World Economic Forum Gender Gap Index, Pakistan is the sixth most dangerous country for women, ranking 153rd out of a total of 156 countries. The Human Rights Commission reports that the country experienced 5,279 rape cases, 2,297 general cases of violence against women, and 478 honour killings in 2021 alone. The enduring honour-killing tradition kills 1000 women annually, including some exceedingly gruesome acid attacks and many forced marriages.

According to the World Economic Forum Gender Gap Index, Pakistan is the sixth most dangerous country for women.

The Demographic and Health Survey revealed that a whopping 18.3 per cent of women marry before the age of 18 and 4 per cent before they turn 15. Furthermore, 24.5 per cent of women between the ages of 15 and 49 years, experience intimate partner physical and/or sexual violence at least once in their lifetimes. In addition, women from religious minority communities remain particularly vulnerable to forced marriages. The incidents are further compounded by violence against transgender and children.

Can we prevent the onslaught of assaults against women without formal and informal institutions as they stand?? The answer to this question is far from simple. As far as formal institutions are concerned, there happen to be 13 relevant statutes in Pakistan that pertain to marriage, custody, maintenance, divorce and khula (judicial divorce). Recently, the Domestic Violence (Prevention and Protection) Bill 2021 was enacted to prevent domestic violence, including more overlooked issues such as harassment. Despite this, we have not been able to prevent the loss of life caused by this violence, such as Noor Mukaddam’s or Sarah’s, or yesterday’s murder of transgender Wafa Khan in Swabi, KPK. Legal institutions alone cannot prevent crime until the general populace recognizes these behaviours as criminal. We need to focus on destigmatizing domestic violence so that people can talk about it more freely. In this regard, the first and foremost measure that needs attention is the enforcement of inheritance laws. , Islamic Inheritance Law, clearly recognizes the respective shares of wives, sisters, and daughters, but is seldom practised. Women are culturally undervalued in mainstream Pakistani society, making it exceedingly difficult for them to get their inheritance, even if the law dictates it. This, in turn, creates economic vulnerability.

Now I move on to the issue of polygamy. The laws that pertain to polygamy in Pakistan do not specify its boundaries and the obligation entrusted to those who choose to marry more than once. In other words, unprotected polygamy should be prohibited. It doesn’t help that divorce itself is deeply stigmatized in Pakistan., Women are actively discouraged from leaving bad marriages due to social pressures that bind them to notions such as “honour,” divorce and khula are regarded as stigmas despite unsuccessful marriages due to slang like “Khandan ki Izzat ki Baat Hay” (Family’s Respect Concerns) etc. This is especially true for extended families who often marry their relatives., A sizeable fraction of all incidents of domestic violence goes unreported due to factors like shame, guilt, respect, and other family and societal pressures.

To put it differently, underreporting is severely increasing the probability of severe incidents like murders or honour killings. Alternatively, a behavioural change concerning marriage, divorce, inheritance, and polygamy is severely needed to bring down such instances, on the one hand, and enhance the efficacy of formal structure, on the other.

According to the World Economic Forum Gender Gap Index, Pakistan is the sixth most dangerous country for women.