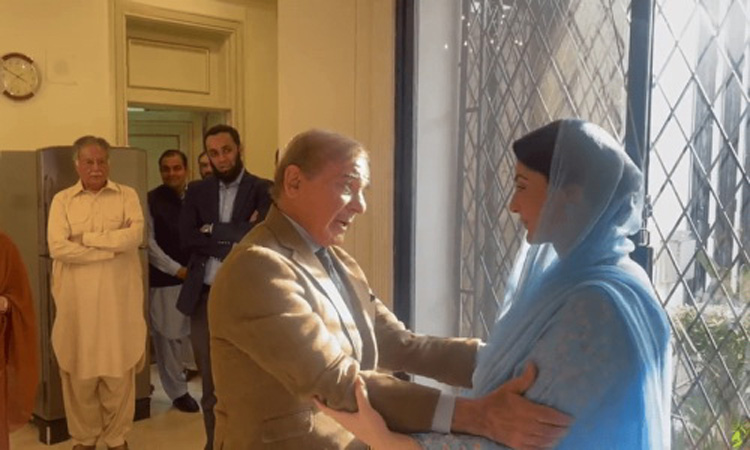 Four years after their conviction, PML-N Vice President Maryam Nawaz and her husband Captain (retd) Safdar were acquitted in the Avenfield properties corruption reference on Thursday after the Islamabad High Court (IHC) overturned the July 2018 verdict.

A two-judge bench comprising Justice Aamer Farooq and Justice Mohsin Akhtar Kayani heard the appeals against the conviction of Maryam and Captain Safdar in the Avenfield case. In a brief order, the court said: “For the reasons to be recorded later, the instant appeal is allowed and the judgement dated July 6, 2018, is set aside.”

It added that Maryam and Captain Safdar’s convictions have been set aside and they have been acquitted of the charges in the reference.

The court had accepted the appeals of PML-N vice president and her husband after four years as Maryam and Capt Safdar’s counsel had raised questions over the conviction of their clients in Avenfield Apartments corruption reference, saying the case lacked evidence from the very beginning.

The two had been convicted in July 2018, whereby Maryam had been sentenced to seven years in prison and her husband was sentenced to one year in prison, however, they were both on bail since September 2018.

During the proceedings on Thursday, the NAB Prosecutor Usman Rashid Cheema, who had argued the case in a previous hearing, did not appear in court citing health problem. Sardar Muzaffar Abbasi represented the accountability watchdog in his place at the court instead.

“I will not go into the background of the case, I will start from where the arguments ended,” said Abbasi as the proceedings were initiated. The court had asked several questions of the NAB prosecution, against which Abbasi presented his arguments, but nonetheless failed to satisfy the court. “Maryam Nawaz and Nawaz Sharif’s connection to the assets beyond means has not been proven,” remarked the court.

“How do Wajid Zia’s statement and the material presented prove the prosecution’s case?” the IHC inquired. It may be noted here that Wajid Zia was the investigating officer (IO) who headed the joint investigation team (JIT) that probed the Panamagate, leading to the disqualification of former prime minister Nawaz Sharif. “Wajid Zia had seen all these records himself,” responded Abbasi, but the court appeared dissatisfied with the answer. “What is Maryam Nawaz’s link with Nawaz Sharif in the assets case?” inquired Justice Amir Farooq.

“You have not provided a single link yet,” the judge observed. “I will show it from the documents as well,” the NAB prosecutor responded. “Then why to waste time,” the judge remarked, “come to the point”. However, the prosecution failed to answer the court’s concerns. “The IO’s observations cannot be presented as proof,” Justice Kayani remarked. “The JIT provided no proof,” he further observed. Later the court announced its verdict ordering the acquittal of Maryam Nawaz and Captain Safdar and declared the seven-year imprisonment sentence illegal.

As soon as the verdict was announced Maryam through a telephonic conversation congratulated her father and PML-N supremo Nawaz Sharif. PML-N’s party workers also celebrated the occasion outside the court.