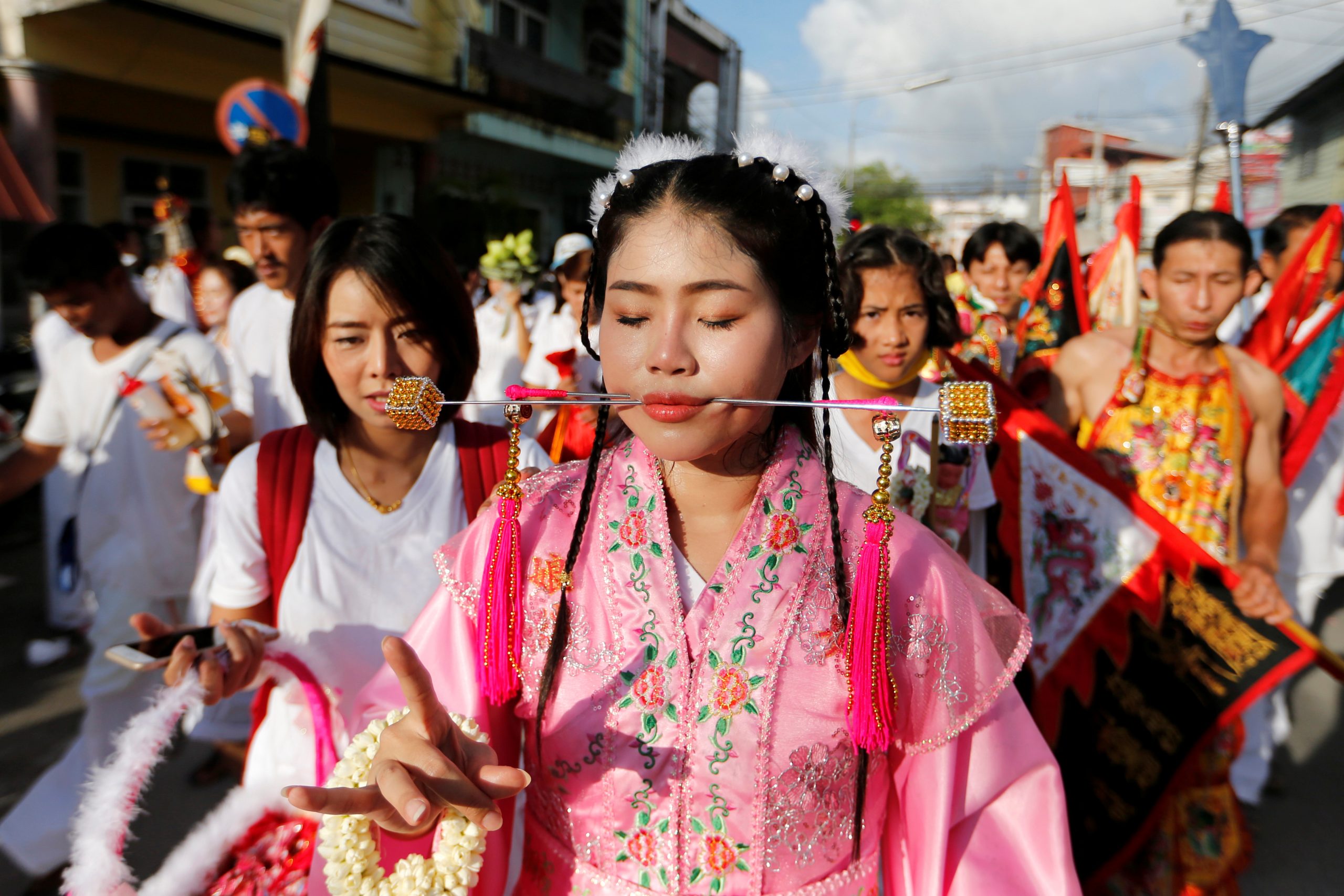 Taoist devotees had body parts pierced with objects ranging from skewers and swords to a model ship on Tuesday as Thailand’s Vegetarian Festival returned from a two-year pandemic hiatus.

The annual nine-day celebration honours the “Nine Emperor Gods” and adherents shun all animal products while offering their bodies to deities who they believe will banish bad luck.

Internationally known for often graphic images of the piercings, the event in Phuket previously drew thousands of visitors to the southern tourist island hoping for blessings and good fortune.

“I could cleanse my mind and concentrate my thoughts,” said 62-year-old Teepakorn Kerdkla as he waited to see a procession of the faithful who had undergone piercings.

Those volunteering to be perforated are known as “mediums” and believe they have a personal connection with one of the gods. They must apply in advance and are carefully considered before being granted the honour.

On Tuesday morning as the sun rose over Phuket, the mediums prepared themselves at a local temple as drums beat, bells rang and incense burned to begin the day’s festivities.

Folklore traces the ritual back to 1825 when a visiting Chinese opera troupe fell ill in Phuket, but today the festival comes with latex-gloved medics and modern safeguards.

After devotees emerge from the Jor Soo Gong Naka shrine, nurses closely monitor the proceedings as the sharpened objects chosen by the mediums are carefully guided through their skin.

“The wishers have to pierce themselves as a way to express their gratitude to the gods as well as getting rid of their bad luck,” said onlooker Chitsanuphong Tankongkoy, 18.

After the piercing is complete, the mediums are guided by supporters five kilometres (three miles) to a park by the sea.

During this procession in which some devotees appear in a trance, their eyes rolling as they tremble, wave and dance they dispense blessings to a crowd of hundreds.

The return of the event is a welcome boon for Thailand’s Covid-battered tourism industry.

“We hadn’t had this festival in a few years so this year is especially exciting,” said 58-year-old participant Rapeepan Naknakhon.