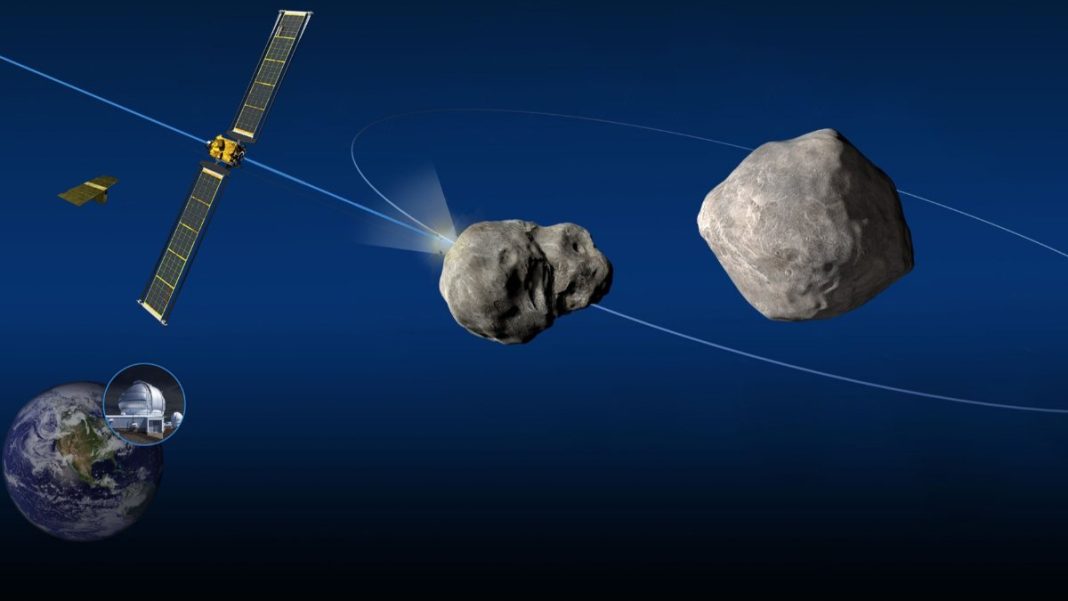 The US space agency’s Dart probe crashed into an asteroid and self-destructed. The collision was intentional and meant to test whether space rocks that could threaten Earth could be safely pushed aside.

Dart’s camera delivered one frame per second until the moment of impact with the target – a 160m wide object called Dimorphos.

What had been a steady stream of images was interrupted when the probe was wiped out. Controllers at the Johns Hopkins University Applied Physics Laboratory (JHU-APL) erupted as Dimorphos filled Dart’s camera field of view just before he shut down. Initial calculations indicate that the impact was only 17 m from the exact center of Dimorphos.

It will take several weeks for scientists on the NASA-led mission to know for sure if their experiment worked, but Dr. Lori Glaze, the space agency’s director of planetary sciences, was convinced that something extraordinary had been achieved.

“We are entering a new era of humanity, an era in which we may have the ability to protect ourselves from something like the impact of a dangerously dangerous asteroid. How amazing; we have never had this ability before,” she said.

According to Dr. Elena Adams, an engineer with the JHU-APL mission system, “Earth people should sleep better” knowing they have a planetary defense solution. The researchers will determine its success, or not, by studying the changes in Dimorphos’ orbit around another asteroid known as Didymos. Telescopes on Earth will make precise measurements of the two-rock or rail system.

Prior to the collision, Dimorphos took about 11 hours and 55 minutes to circle its 780-meter-wide companion. An object on the Dimorphos scale would excavate a crater perhaps 1 km wide and several hundred meters deep. Damage close to impact would be extensive. Hence the desire to see if an asteroid can be induced to go slightly slower or faster. The change in velocity need not be large, especially if it occurs several years before the predicted intersection with Earth.

“An analogy would be if you’re wearing a wristwatch and you damage it, and it starts to go a little fast,” explained Dart mission scientist Dr. Nancy Chabot, also from JHU-APL. “You may not notice the error for a day or two, but after a few weeks, you will notice that the watch is not telling the correct time anymore. It runs fast; it is ahead of what it should be”