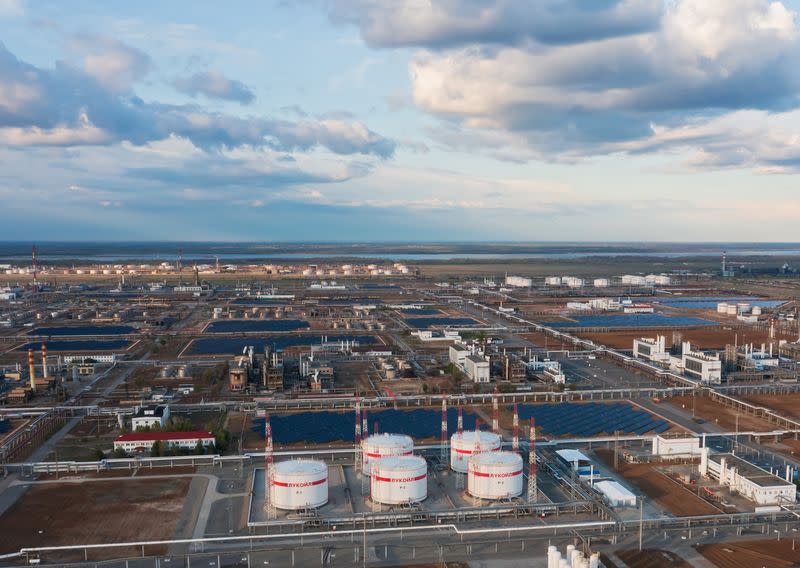 Oil prices plunged about 5% to an eight-month low on Friday as the U.S. dollar hit its strongest level in more than two decades and on fears rising interest rates will tip major economies into recession.

For the week, WTI was down about 7% and Brent down about 6%, the fourth straight week of declines for the benchmarks, the first time this has happened since December.

U.S. gasoline and diesel futures were also down more than 5%.

After the U.S. Federal Reserve raised interest rates by a hefty 75 basis points on Wednesday, central banks around the world followed suit with hikes of their own, raising the risk of economic slowdowns. read more

The U.S. dollar was on track for its highest close against a basket of other currencies since May 2002. A strong dollar reduces demand for oil by making the fuel more expensive for buyers using other currencies.

The downturn in business activity across the euro zone deepened in September, a survey showed, suggesting that a recession is looming as consumers rein in spending to contend with higher energy prices and as governments urge conservation following Russia’s moves to cut off European energy supply.

Global equities hit a two-year low on Friday while the dollar index reached its highest level in two decades, putting downward pressure on oil. British government bond yields surged in response to the government’s plans to reduce taxes, and the pound slid to a 37-year-low against the dollar, spurring selling in other currencies.

Russia launched referendums on Friday aimed at annexing four occupied regions of Ukraine, which Kyiv called an illegal sham that it said included threats to residents if they do not vote. read more

On the supply side, efforts to revive the 2015 Iran nuclear deal have stalled as Tehran insists on the closure of the U.N. nuclear watchdog’s investigations, a senior U.S. State Department official said, easing expectations of a resurgence of Iranian crude oil exports.