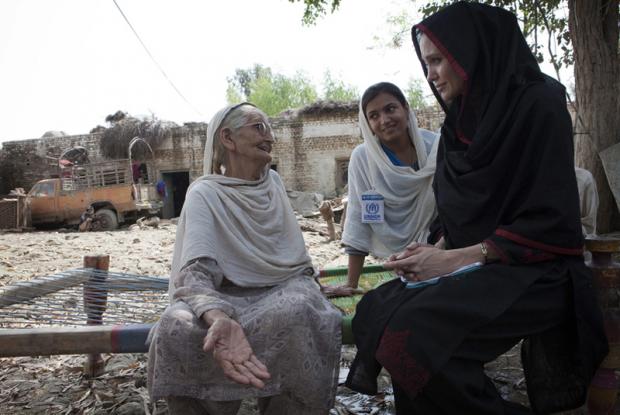 NEW YORK: Prime Minister Shehbaz Sharif on Thursday acknowledged the “empathy and compassion” of United Nations special envoy Angelina Jolie, who is currently on a visit to Pakistan in solidarity with the flood-affected people.

“Pakistan thanks Angelina Jolie, a special UN envoy, and other unsung heroes for becoming the voice of millions of people whose lives and livelihoods have been destroyed by raging floodwater,” he said in a tweet.

The prime minister said, “We will forever remember their empathy and compassion for suffering humanity.” Hollywood actress Angelina Jolie visited the flood-hit areas and urged the international community to do more as millions of people are in trouble in the flood-hit areas of Pakistan.

During her visit to the National Flood Response Coordination Centre (NFRCC) late Wednesday, Jolie said that she has never seen anything like this disaster before.

Besides Jolie, renowned Islamic scholar Mufti Menk and Turkish actor Celal Al also visited the flood-affected areas of Pakistan and extended assistance to the families who suffered the devastation.