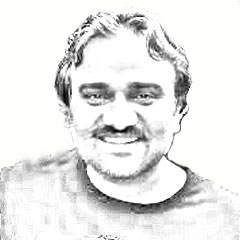 The SCO: opportunities for Pakistan

Since its inception in 2001, the Shanghai Cooperation Organisation (SCO) has become a regional force and has been gaining importance in Asia‘s security dynamics. Its six member states cover a territory hosting more than one-quarter of the world’s population. Two of its founding members — Russia and China — are permanent members of the United Nations Security Council (UNSC). The forum is not an alliance directed against any other state or region. Over the last decade, its activities have expanded to include military cooperation, intelligence sharing and counterterrorism drills in order to combat three evil forces: separatism, extremism and terrorism. In recent years, the organisation has also been attending to economic issues, in particular concerning energy security, which is a matter of great importance not only for its members but for the whole region. With the observer nations — Pakistan, Afghanistan, India, Mongolia and Iran — gaining full member status, the SCO might well evolve into an even more important player in world politics and go beyond its regional reach.
The SCO’s security and economic interests are now expanding to the South Asian region. Nonetheless, the collective desire to tackle non-traditional security challenges remains at the heart of the SCO’s coordination. During the last summit, for example, SCO countries focused on the situation in Afghanistan and matters relating to the extension of membership to Pakistan, India, Afghanistan and Iran, in addition to the usual agenda items of regional stability and economic development issues. This trajectory of the SCO agenda also highlights the intention of the current SCO states to develop a regional trade hub that includes Pakistan and its three neighbors, India, Afghanistan and Iran.
Pakistan has for long been trying to become an SCO member state. It believes its membership will enable it to diversify its foreign policy and enable it to play a more effective role in the stability of the region. With the development of Gwadar Port, Pakistan can become an energy and trade corridor for SCO countries. SCO member countries are also engaged in tackling terrorism through this institutionalised platform. Pakistan’s inclusion as a full member could help the former coordinate its efforts against terrorism at the regional level.
While evaluating Pakistan’s quest for full membership, Pakistan had the requisite credentials — a constructive role in Afghanistan, determination to fight against forces of terrorism, extremism and separatism, a promising and prospective energy and trade corridor for the region, historical and cultural ties with Central Asian Republics, close strategic and economic ties with China, and growing relations with Russia — that supported Pakistan’s claim to full membership of the SCO. As members of the SCO, India and Pakistan both would have to observe the ‘Shanghai spirit’. It has been predicted that after such expansion, this organisation will play a constructive role in South Asia.
Pakistan’s strategic and geographical location in relation to the landlocked states and regions of the SCO could translate into Pakistan’s emergence as a regional trade and energy corridor. The significance that Pakistan has attached to the SCO is based on Pakistan’s potential as a viable trade corridor for landlocked Central Asian Republics and Xinjiang, western China. Pakistan is a natural ally of the SCO, ideally located as it can be source for regional economic integration within and between SCO member states. Chinese assistance in developing the China-Pakistan Economic Corridor in Pakistan (CPEC), developing Gwadar Port and Kashgar as a special economic zone, upgrading the Karakorum Highway (KKH) and linking Gwadar with Kashgar and Central Asia via the KKH are steps being taken with the SCO’s efforts to create trans-continental overland connectivity.
The SCO’s membership would be in Pakistan’s interest. It would enhance Pakistan’s stature in the diplomatic ranking of the region if Pakistan plays its cards well. Pakistan’s membership of the SCO would not only provide an opportunity to Pakistan in influencing the regional security architecture to its benefit but it could also be able to acquire an important position in the SCO’s 2015 to 2025 vision. Pakistan should prepare itself well to avail the openings and opportunities offered by the SCO because the SCO has proven its effectiveness in conflict resolution and the conflict prevention mechanism. Hence, it is needed to consider the SCO as an alternative forum to help in resolving its disputes with India. If Islamabad remains reluctant to become a permanent member of the SCO, whereas India becomes a regular member, Pakistan might lose out in exploiting various opportunities that might arise in the future. Pakistan’s defence and security perspectives, as well as objectives, would be better served if it could become a permanent member of the SCO.