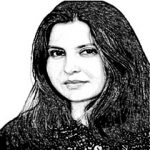 The Israeli Prime Minister Benjamin Netanyahu plans to implement the Trump’s Peace Plan — annexing the West Bank to Israel’s territory from July 1st. This development will have drastic consequences and will be another threat to world peace. The West Bank, the land locked territory, borders with Jordan but occupied by Israel since 1967. This […]

The Afghans have been confronting war and instability for decades. How can this question be solved? This is a big question mark. Many attempts were made in the last five decades yet it did not yield any promising outcomes. An important aspect that has always provided for instability is an imbalance on the governmental level. […]