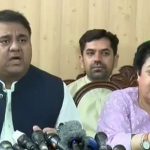 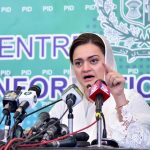 Minister for Information and Broadcasting Marriyum Aurangzeb on Monday said fabricated cases were lodged against political opponents during the Imran-led government, which, however, failed to prove even a single allegation in courts. Imran Khan was now trying to build a false narrative that the coalition government was amending the NAB laws to end their cases, […]

Prime Minister Shehbaz Sharif on Monday directed the authorities concerned to review the load-shedding policy of gas supply for the factories solely dependent on the commodity for their functioning. Chairing a review meeting for the promotion of investment-related industries and the export sector, he said the country’s economic stability was linked to addressing the problems […]

The Islamabad High Court (IHC) Monday expressed its displeasure over the non-recovery of missing persons despite its express orders. During the hearing of identical petitions seeking the recovery of missing persons, Chief Justice Athar Minallah warned that the prime minister could be summoned for explanation if the authorities failed to implement the orders. The chief […] 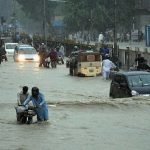 The weather in most parts of all four provinces in the country turned pleasant on Monday as they experience rains amid the first spell of monsoon while three people in Quetta died and several others were injured in the rain-related incidents. The downpour continued in several parts of Sindh, Punjab, Balochistan, and Khyber Pakhtunkhwa (KP) […] 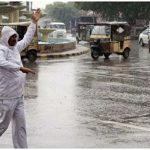 Moderate to heavy rain coupled with strong winds lashed the central and northern areas of Karachi on Monday afternoon under the season’s first monsoon spell, bringing citizens some respite from the sweltering heat. According to the Met Office, the highest amount of rain was recorded in Surjani Town (23.2mm), followed by Gulshan-i-Maymar (21.2mm), North Karachi […] 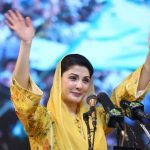 PML-N Vice President Maryam Nawaz claimed on Monday that a Bani Gala gang was ruling Punjab and told her supporters that the July 17 by-polls on vacant seats of the Punjab Assembly is a war for the development of the province, a private TV channel reported. Addressing party supporters in the PP-170 constituency, Maryam termed […]

The Election Commission of Pakistan (ECP) on Monday taking action on recent transfers and postings by the National Accountability Bureau (NAB), issued directions to cancel such orders by the NAB. The NAB had issued transfer and posting orders of Director Generals of NAB Lahore, Multan and Rawalpindi while the by-elections in these districts were scheduled […]