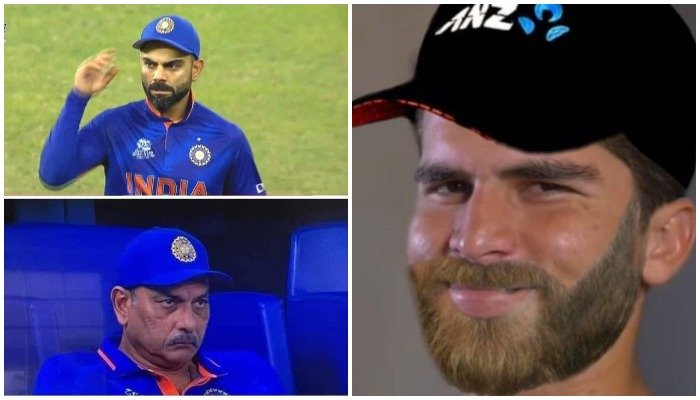 Team India was ousted from the T20 World Cup 2021 on Sunday (November 07) after Afghanistan’s 8-wicket defeat against New Zealand in their final Super 12 clash at the Sheikh Zayed Stadium in Abu Dhabi.

India were hoping for a miracle from Afghanistan to boost their chances of reaching the semi-finals, but the Black Caps broke a billion hearts after winning the match.

However, Afghanistan lost against New Zealand on Sunday after failing to defend a total of 125 runs to bow out of the competition while also confirming India’s exit from the tournament. Reacting to India’s ouster, former Indian cricketer Virender Sehwag shared a hilarious Rahul Gandhi-inspired meme on Twitter to leave fans in splits.

The Kiwis thus became the remaining semi-finalist to qualify from Group 2 after Pakistan.

Pakistanis jumped at the opportunity and took to Twitter to troll India.

Here’s how they reacted: