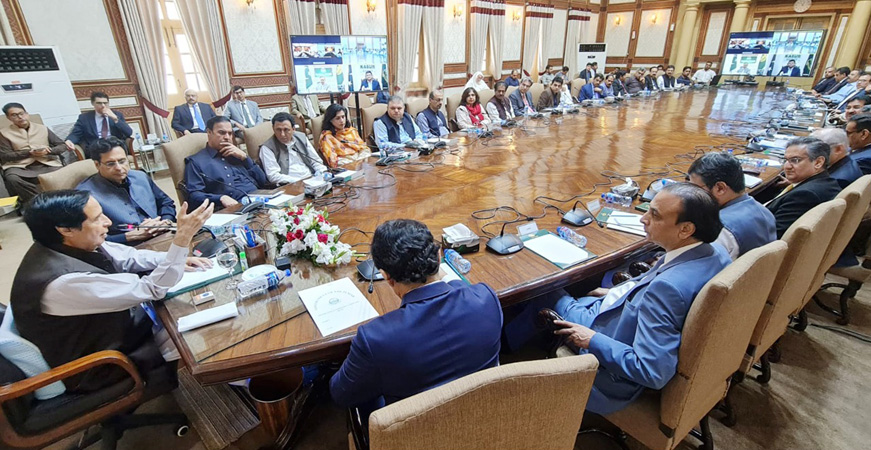 Punjab Chief Minister Chaudhry Parvez Elahi has said that the performance of the officers will be linked with the completion of the development projects.

“The administrative secretaries should, therefore, ensure the timely and proper utilization of development funds to achieve desired results,” he said while delivering a keynote speech at the all secretaries conference at Darbar Hall of the Civil Secretariat on Monday.

The CM issued guidelines for the early completion of development schemes, achievement of good governance targets and price control, and emphasised that a decision on the summary or file should be made within two days positively.

An implementation mechanism will be determined to ensure speedy disposal of the summary or file in the Chief Minister’s Office, he added.

Similarly, tenure postings will be ensured so that the officers could perform and deliver duties wholeheartedly. Alongside this, the personal issues of officers will also be resolved on priority, he mentioned.

The proposal to restore the magisterial system for price control was also considered and Parvez Elahi ordered a feasible mechanism for controlling prices. The secretaries’ offices will be open to the public from 9:30 am to 11:00 am daily; he said, and emphasised that the common man’s problems should be solved in their cities and they shouldn’t have to go all the way to Lahore for this.

“Together we have to fulfil the mission of the welfare of the nation. I want the bureaucrats of my team to serve the people with peace and satisfaction,” he told.

He said that officers and employees are his strength. “Welfare projects will be implemented as a result of collective wisdom. Whatever project is started, all efforts should be made to complete it wholeheartedly,” he stressed.

More work should be done in south Punjab than before, he added. The CM said that the scope of land centres will be expanded up to the Kanungo level to benefit farmers. A lot of reforms could be introduced in the archaic prison system with good administrative planning and firm intention; he maintained and announced that the teachers’ training programs will be made more efficient and effective to improve educational standards.

“I will personally monitor all the issues myself,” he concluded.

Meanwhile, on the direction of Parvez Elahi, preventive cardiology departments would be set up in hospitals for early detection of heart diseases.

While chairing a meeting to review setting up preventive cardiology departments, the CM observed that this facility would be useful to treat, screen and manage heart diseases. Awareness and treatment will be recommended in a special center for the prevention of heart diseases and it would be helpful to prevent the causes of heart diseases in advance.

A pilot project of preventive cardiology will be started at the Punjab Institute of Cardiology and its scope would be gradually expanded to other cardiology institutes, he further said.