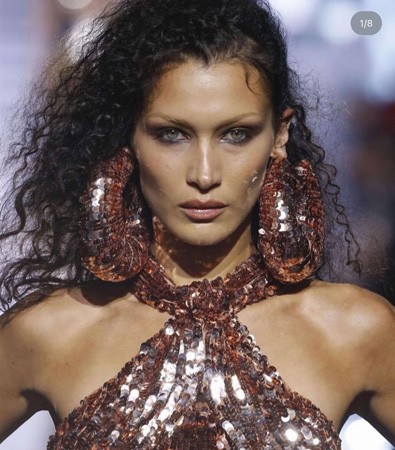 Glam divas Gigi Hadid and Bella Hadid captivated fans as the model sisters walked the ramp for Tom Ford at the New York Fashion Week. Displaying the 70s disco-era lustre, the model sisters looked stunning as Gigi wore a sequinned and glitzy cut-out dress with a thigh-high slit that resembled liquid gold and a lot of glamour. Meanwhile, Bella lit up the runway in a copper brown silhouette-hugging cut-out gown. Diva also took to Instagram to share her look. For the unversed, Leonardo DiCaprio and Gigi Hadid’s rumoured affair is the talk of Hollywood these days. A source close to Leonardo and Gigi disclosed that they were not exclusive. On the other hand, another source close to model Gigi has shared with the same portal that “neither of them want a relationship” at the moment.