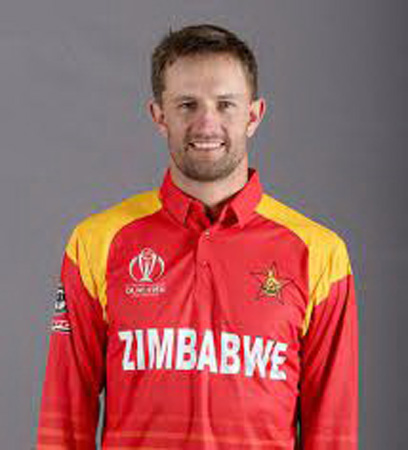 HARARE: Craig Ervine, who had been sidelined by hamstring niggles since early August, has recovered to lead Zimbabwe at the T20 World Cup in Australia. He will take over the captaincy from Regis Chakabva, who had led Zimbabwe to their first victory against Australia in Australia in any format earlier this month. Blessing Muzarabani will head the bowling unit. He had played just the first ODI on the Australia tour as Zimbabwe took a cautious approach with the seamer returning from a thigh muscle tear. Muzarabani brings with him the experience of having played for Multan Sultans in the Pakistan Super League (PSL) and having been a net bowler for Lucknow Super Giants in the Indian Premier League (IPL). Tendai Chatara (collarbone fracture), Milton Shumba (quadricep injury) and Wellington Masakadza (shoulder injury) are also fit again and will lend depth to the bowling attack. Meanwhile, Chakabva, Sikandar Raza and Sean Williams all pick themselves in a full-strength Zimbabwe side. Victor Nyauchi, Clive Madande, Innocent Kaia, Takudzwanashe Kaitano and Tadiwanashe Marumani, who were all part of Zimbabwe’s most recent white-ball assignment — an ODI tour of Australia — found no place in the main squad. Kaia, Marumani and Nyauchi, though, were among the reserve players, along with Kevin Kasuza and Tanaka Chivanga. Zimbabwe will face Ireland, West Indies and Scotland in the opening round of the T20 World Cup. They will tune up for those games by facing Asia Cup champions Sri Lanka and Namibia in warm-up matches on October 10 and October 13 respectively in Melbourne. Zimbabwe had made it to the T20 World Cup by going unbeaten in the qualifiers at home.