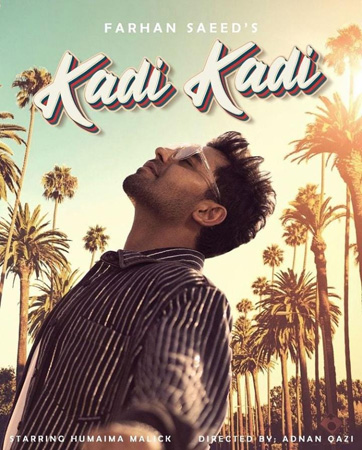 Actor and musician Farhan Saeed has been making all the right moves these days – from playing the leading man in the trending and top rated dramas ‘Mere Humsafar’ and ‘Badshah Begum’ to his big screen debut ‘Tich Button’ later this year. On his birthday this year, the young star surprised his worldwide fans with the first look of his upcoming single ‘Kadi Kadi’. In the announcement poster, Saeed looks in a zone, and the poster screams class. The much awaited single ‘Kadi Kadi’, featuring Humaima Malik, is eagerly anticipated by Farhan Saeed fans from all over, and the poster that was released revealed last night by the star with the caption “on my birthday, a gift for my fans,” raised their excitement levels.