Air-conditioning and the social divide

* We are now living in the age of information, technology and hyper-connectivity, where to think is to be done 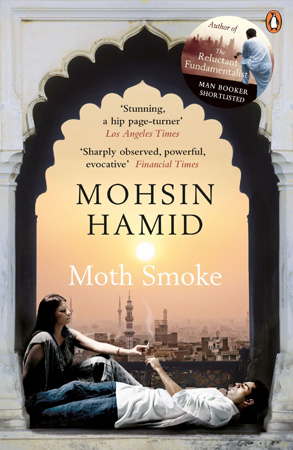 The world has always divided human beings into a binary opposition of the powerful and the weak concerning possessions, caste, creed, colour and geographical boundaries.

The same divide caused some to become the masters of the others and forced others to become slaves to the so-called masters. Imperialism and the consequent colonialism created a new type of binary opposition, ie, Us and Other. Whatever the purpose of these divides might have been, one theme existed commonly among all these: to subjugate the free human beings by the other human beings who possessed more cleverness and intelligence. Nature did not lay down any laws for this.

We are now living in the age of information, technology and hyper-connectivity, where to think is to be done. This age has not failed in highlighting the divide among human beings and has done so very interestingly. The range is the same, but the exciting way of its narration and description is provided by Mohsin Hamid in his novel ‘Moth Smoke’ where he reflects upon the human divide based on “Air Conditioning.” He says that Laborites can be divided into two groups, one with air-conditioning and others without, so the formers can rest comfortably after a day’s work and refresh themselves for the morning ahead. Still, the ones without air conditioning have to live their night with the same difficulty and toil as the day. They work hard during the day, and at night either their power fails and is not supported by any alternate power source, so their night too has the same misery.

In the fictional tale of the novel Moth Smoke, Dara Shikuh Shehzad could understand this very well when his power supply was cut due to non-payment of electricity bills. He had to sleep on the roof or take frequent baths to cool himself down. His servant Mannuci too, felt the impact of the non-availability of air conditioning. The loss of Daru’s job at the bank immediately landed him in the class without air-conditioning. He was no longer able to include himself among the city’s elites because, like his friend Aurangzeb, they were not only in possession of air-conditioning but also enjoyed alternate sources of power like generators and urgent power supply systems. On the other hand, Daru had none of such luxuries, so he spent nights in the weak light of the candles and killed the moths who came to the candle’s light. The writer, therefore, highlights that being elite means to be living within air conditioning, and being out of this class means without air conditioning.

Nonetheless, the writer narrates an exciting aspect of the elite life: Mumtaz, Aurangzeb’s wife, did not like air conditioning and would prefer to be without it. She felt pretty at ease when she visited Daru’s home and was relatively more comfortable; she sweated and did not need the fan to blow air. It is perhaps one of the idiosyncrasies with which she had a particular behaviour, or it is indicative of the rebellious behaviour she attempted to adopt against the control and the helplessness she felt after her marriage with Aurangzeb. Aside from this, Air-conditioning proved a solid standard to prove the elitism of a party without which the working-class status was ensured.

Another brilliant writer from Pakistan, Sara Suleri, the author of ‘Meatless Days’ portrayed a similar divide by terming it ‘Inside the kitchen and ‘Outside the Kitchen.’ According to Suleri, the elite had plenty of food in their kitchen, both cooked and raw and they had beautiful spaces for cooking, storing, and eating food. So, the availability of such freedom in their homes indicates their riches. According to her, there are people who did not have kitchens and cooked their food outside in an open space. Neither did they have any food store. They were always worried about the next meal. The Kitchen, therefore, proved a very authentic standard to reflect the boundary between the rich and the poor. According to Suleri, the people who had kitchens had options and choices of food and could cook their food in various ways to create dishes of their taste. It reflected not only their taste but also the skills of the person involved in cooking. Another indicator of their richness is the availability of cooks in their kitchens.

On the other hand, the non-elite could not afford any of these luxuries. For them having food was enough. These people had no choice or option and ate whatever was available. The writers may have their way of reflecting on the divides among the social setups of humanity. Humans have lived like that over the centuries and accepted this divide as divine. But the current information age of connectivity, news and social media has taught the non-elite people that the elite class is responsible for their poor condition, and quite a few have been attempting to adopt harsher, criminal and rebellious measures to bridge this gap. Humanity and its managers must take heed and caution before things are topsy turvy and such people succeed in dismantling the whole social fabric.