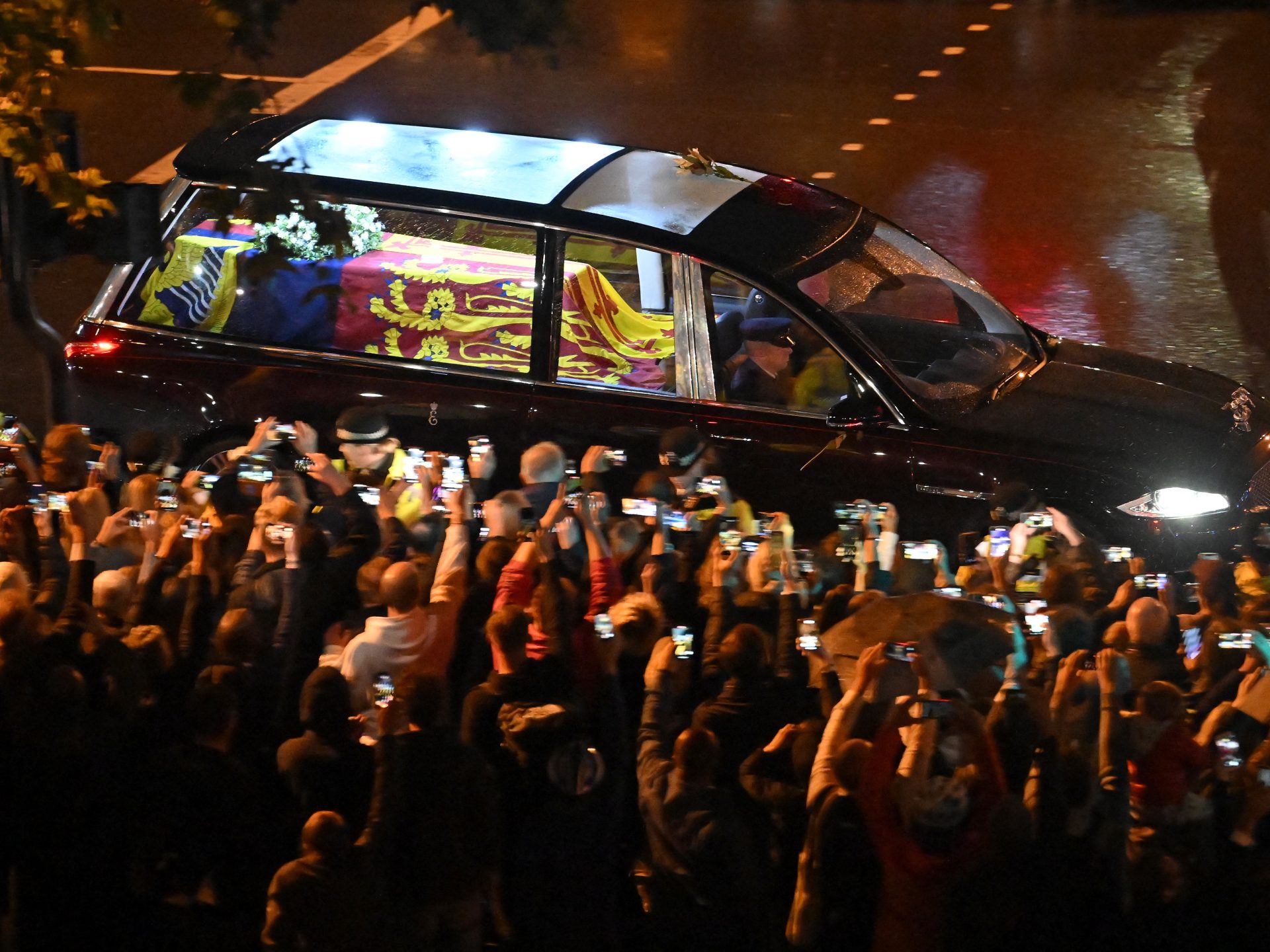 LONDON/BELFAST: King Charles and all senior members of the royal family gathered at Buckingham Palace to receive the coffin of the late Queen Elizabeth on Tuesday, after tens of thousands of people lined the streets as it was driven through the British capital.

On a dark night of heavy rain, the well-lit hearse travelled slowly from a nearby airport through London, with crowds stood all along the way, some in the road, others throwing flowers and many ditching their cars to catch a glimpse of the cortege.

Elizabeth died peacefully on Thursday in her holiday home at Balmoral Castle, in the Scottish Highlands, at the age of 96, plunging the nation into mourning.

The death of Britain’s longest-reigning monarch has prompted hundreds of thousands of people to gather at royal palaces across the country to express their condolences. 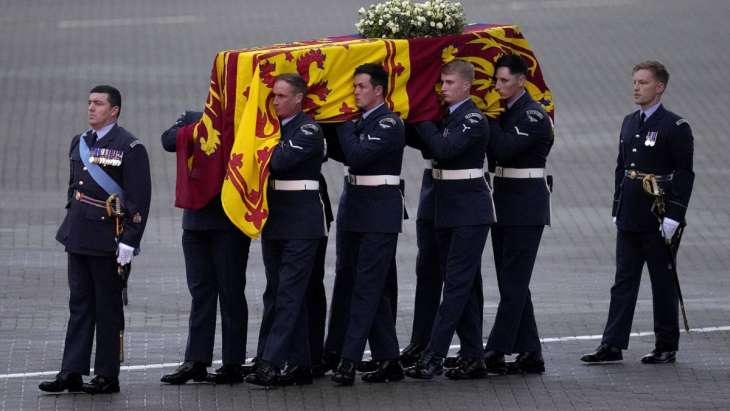 Charles, who automatically became king, is also travelling to the four parts of the United Kingdom, to lead the mourning.

Princess Anne, the queen’s only daughter, travelled with the coffin as it was brought from Scotland where it has been since Elizabeth died last week.

“It has been an honour and a privilege to accompany her on her final journeys,” Anne said in a statement. “Witnessing the love and respect shown by so many on these journeys has been both humbling and uplifting.”

A party of bearers from the Royal Air Force carried the casket onto the transporter plane. A kilted honour guard from the Royal Regiment of Scotland stood with fixed bayonets as a regimental band played the national anthem as the plane began to taxi. With that, Scotland bade farewell to the queen.

Crowds of people also gathered outside Buckingham Palace – the site of many memorable festivities during the queen’s reign, from royal wedding celebrations to jubilees.

On Wednesday, the coffin will be taken on a gun carriage as part of a grand military procession to Westminster Hall, where a period of lying in state will begin until the funeral on Monday.

In Northern Ireland, thousands of well-wishers greeted Charles with handshakes, smiles and warm words as he walked along lines of people crowding the streets outside Hillsborough Castle, the monarch’s official residence in the province.

But the visit was also laden with political significance given Britain’s historical record in Ireland and the more recent years of violence in Northern Ireland known as the Troubles.

At a ceremony at Hillsborough Castle, the acting speaker of the Northern Ireland Assembly, Alex Maskey, paid fulsome tribute to the queen.