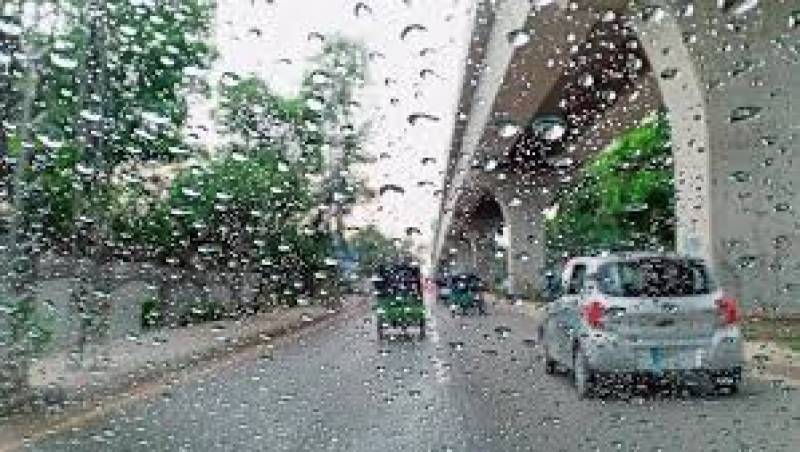 Some of the city’s suburbs, including the vicinity of the Super Highway, Gulshan-e-Hadeed, and Bahria Town, experienced heavy rainfall. Karsaz at Shahrah-e-Faisal and North Nazimabad, Landhi, Saddar, DHA, and other localities also reported rain and high winds.

The Pakistan Meteorological Department had earlier predicted that this evening the city would likely experience light rain and thunder.

A Strong Thunder cell have developed nearby East northeast of Karachi due to intense heat and moisture it is growing stronger. Heavy Rainfall reporting from bahria town and adjoining areas right now. If its intensity and movements remained same pic.twitter.com/7LniZhfX0v

According to PMD’s chief meteorologist Sardar Sarfaraz, an exceptionally low-pressure system has developed over India, and the Indian state of Gujrat is also experiencing a weak circulation.

According to him, this system is having an impact on Sindh as it moves over the province’s eastern regions.