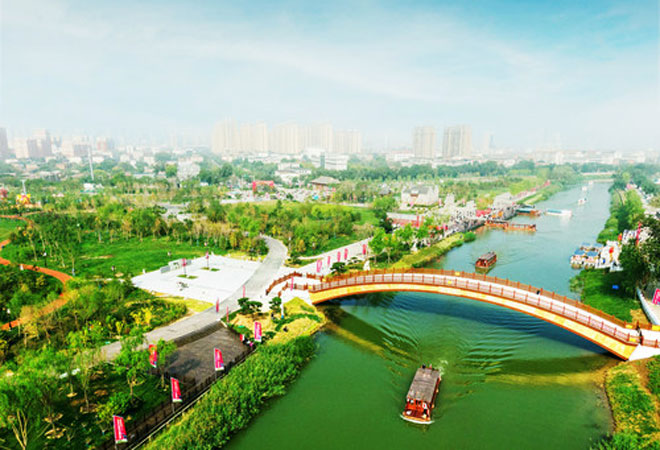 “The Cangzhou city downtown section of the world’s oldest and longest man-made river, the Beijing-Hangzhou Grand Canal, is open to navigation for tourism on September 1 and will give visitors a chance to appreciate the masterpiece of ancient China’s artificial waterway, announced an official with the Cangzhou city government of north China’s Hebei Province. “We and more than 230 representatives from all walks of life in the city gathered to witness the historic moment of the opening of tourism in the Cangzhou central urban area of the Beijing-Hangzhou Grand Canal,” said Xiang Hui, mayor of Cangzhou at the opening ceremony, adding that the Grand Canal is now ushering in a new century of revival. “The opening of the 13.7- kilometer long Cangzhou section of the Grand Canal is an important move to advance the coordinated development of the Beijing-Tianjin-Hebei region in North China. “The Beijing-Hangzhou Grand Canal is 1,794 kilometers (1,115 miles) long and has a history of over 2,500 years. It starts in Beijing in the north and ends in Hangzhou in the south, and served as a significant transportation artery in ancient China.