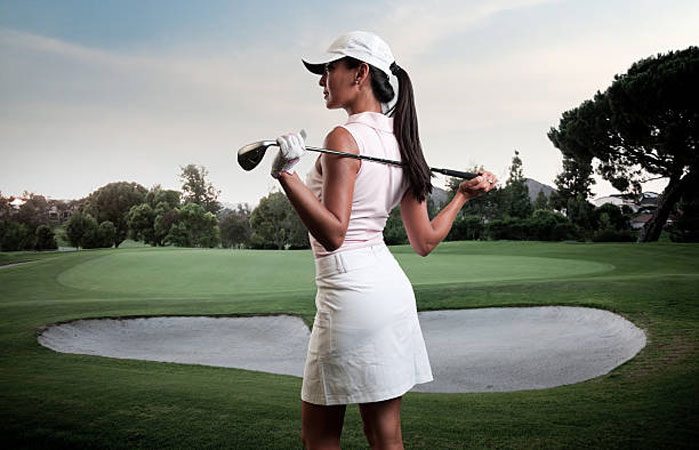 ISLAMABAD: Rimsha Ijaz of Lahore Defence Raya Golf Club, playing to a handicap of one and a national player of standing, played spiritedly in the first round of 4th FEGA Ladies Golf Championship to emerge as the front runner in the three-round championship at the appealing Islamabad Golf Course here on Friday. Rimsha and quite a few accomplished running mates seek honours in this championship which for the first time in the history of Federal Golf Association has introduced the ‘Yasmin Mubarik Cup’ dedicating it to former national women’s champion Yasmin Mubarik who started her golfing career at the age of thirteen in 1963 and had the honour of being the national women’s champion four times.

As for the first round of competitive golf activity, much accomplished Rimsha applied herself technically well and showed ample command and control over her tee shots on all par fives and par fours. And while the drives were powerful and accurate, this potent aspect was backed by skillful chipping and artful putting, free of nerves. All in all Rimsha’s first round effort was steady and consistent and left her classy opponents like Hamna Amjad of PAF Skyview and Aania Farooq of Airmen Golf Club Karachi trailing three strokes behind at a score of gross 77. Regarded as women of immense talent, it is expected that Hamna and Aania will reaffirm their competitive positions over the remaining two rounds.

As the position stands at the end of the first eighteen holes in this 54-holes event for women in handicap category A, Rimsha is placed at a score of gross 74, Hamna at 77, Aania at 77, Parkha Ijaz at 85, Arooba Ali at 86, Ana James Gill at 86 and Laiba Ali Shah at 88. Senior women completed their nine holes and the one with the best score was Shahnaz Saleem of Margalla Greens with a gross nine holes score of 45 followed by Sarah Mehmood of Islamabad 49. Net section senior women who made their mark were Dr Farida Tariq (Islamabad) with first net score of 38 and at second net was Ayesha Hamid (Lahore Gymkhana) at net 42. There are two more segments of this championship for women and include category B and category C players. They will compete on Saturday (today) and Sunday (tomorrow).