Kris Jenner denies Scott Disick has been ‘excommunicated’ by the Kardashians

* Kris Jenner denies Scott Disick has been 'excommunicated' by the Kardashians 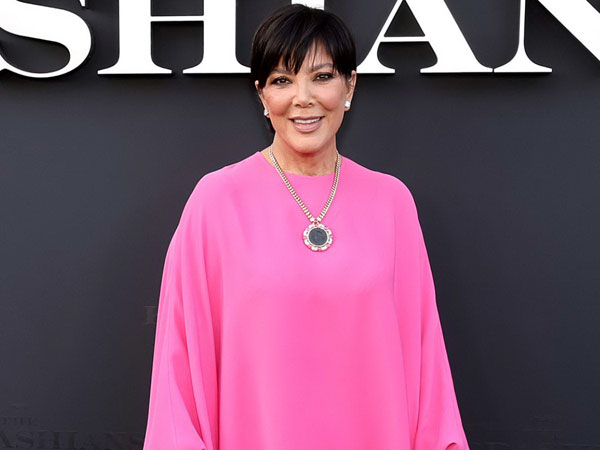 The queen hath spoken: Lord Scott Disick shalt always remain part of the Kardashian-Jenner family. In a rare social media comment, momager Kris Jenner responded to a recent Page Six report that quoted a source close to Kourtney Kardashian’s ex as saying the Talentless founder has been “kind of excommunicated” by the family “because the priority” is her new husband, Travis Barker.

“Scott will NEVER be excommunicated from our family,” Kris responded to an Instagram post about the report that was shared on the account of Paper magazine, which was not the original source.

The matriarch continued, “He’s the father of my grandchildren and a special part of our family… we love him and not true!” Scott, who shares Mason Disick, 12, Penelope Disick, 10, and Reign Disick, 7, with Kourtney, has not commented publicly about the report. It comes three months after she and Travis got married and about a year after Scott, who did not attend their nuptials, and the rest of the Kardashian-Jenner family began filming their Hulu reality show The Kardashians, which premiered earlier this year.

Scott’s new dynamic with the Kardashian-Jenner family following Travis’ addition as Kourtney’s partner was a plot line on the show. In the pilot, he tells her sister Khloe Kardashian he feels hurt about being left out of their events.

When asked if he could handle being around Kourtney and her then-boyfriend, he responded, “I’d rather be around them and be around my family than not at all.” Scott also told Khloe, “All I need is just to be acknowledged. Do I even mean anything to anyone?”

In a confessional, Scott shared that he lost Kourtney “as a best friend” after she got together with Travis. “Now we’re really just more of co-parents,” he said. “I would say it’s probably one of the more difficult things in my life.”

In another episode, Scott has lunch with Kris at a restaurant and tells her, “You don’t invite me to half the s–t you do anymore.” He also reminds her how she once told him he was her “blood-related son” after his parents died, to which she says she still feels that way. Scott then tells her he doesn’t want to go anywhere he’s not “wanted.” Kris responds, “You’re always wanted.”

Later in that episode, Kris is seen talking to Kourtney separately, telling her that Scott has been feeling left out lately and she is conflicted about inviting him to her birthday. She also says she doesn’t want Travis to feel uncomfortable. Ultimately, Scott does attend the party and Kourtney says in a confessional that being in the same room with him is “not a bad thing” and that it “will take time to really figure out what makes sense.”

Meanwhile, Scott continues to maintain his own separate social life while co-parenting with Kourtney. He is occasionally spotted out with female companions, most recently a mystery woman and Rod Stewart’s daughter, socialite Kimberly Stewart, who he has hung out with a few times in recent months.