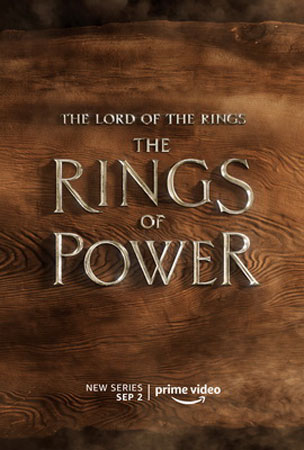 Stanley Kubrick once famously said JRR Tolkien’s “The Lord of the Rings” trilogy of novels was unfilmable. It is hard to imagine what the great director would have made of Amazon’s $1 billion gamble on “The Lord of the Rings: The Rings of Power,” a 50-hour television series based on the dry historical footnotes published at the end of book three. The show, out Friday globally on Prime Video, aims to tap into the huge and enduring appeal of books still regularly voted the world’s best-loved novels of all time, as well as Peter Jackson’s Oscar-winning film adaptations. It is central to Amazon’s bid to stand out in the “streaming wars” with Netflix, Disney+ and HBO Max – whose own “Game of Thrones” prequel just launched – and is bankrolled by multi-billionaire founder Jeff Bezos, a Tolkien mega-fan. But populated by heroes and villains who are barely – if at all – referenced in Tolkien’s trilogy and its “Appendices” of fictional mythology and featuring a largely unknown cast and creators, there is no doubting the scale of the gamble.