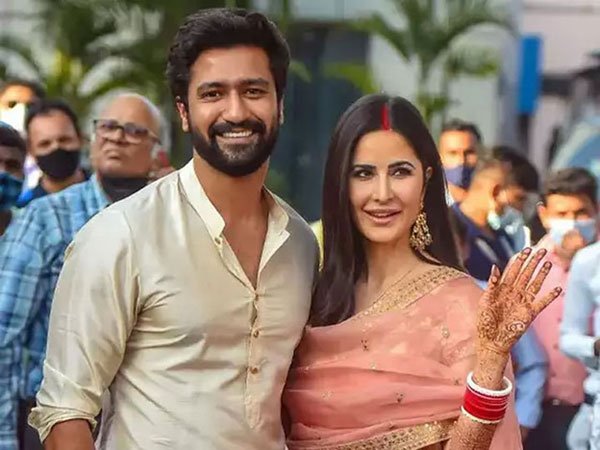 Here’s some good news for the Vickat fans who’ve been waiting with bated breath to see the couple together on-screen. Reportedly, Katrina Kaif and Vicky Kaushal have shot for a commercial on August 29 at Mehboob Studios.

Ever since their marriage, the audience has been curious to see them together in a film, and one also heard several rumours that they were considering several movie offers. But as per a report in India Today, their first project together is a brand commercial, not a film.

The Vickat wedding was one of the most talked about weddings in B-town; not to mention the meme fest that began with it. Obviously, this collaboration has only added to their brand value individually while also bringing them to the top of the power couples’ list.

In the past, we’ve seen several other popular couples like Anushka Sharma and Virat Kohli, and Ranveer Singh and Deepika Padukone featuring together in several commercials which are an extension of their off-screen chemistry.

So the fans would be elated at this news indeed. On the film front, Vicky Kaushal will be seen next in Dharma Productions’ ‘Govinda Naam Mera’ and Meghna Gulzar’s ‘Sam Bahadur’.

Kaif on the other hand will be seen in ‘Tiger 3’ and ‘Phone Bhoot’ along with ‘Tiger 3’ with Salman Khan.