Up for upcoming challenges 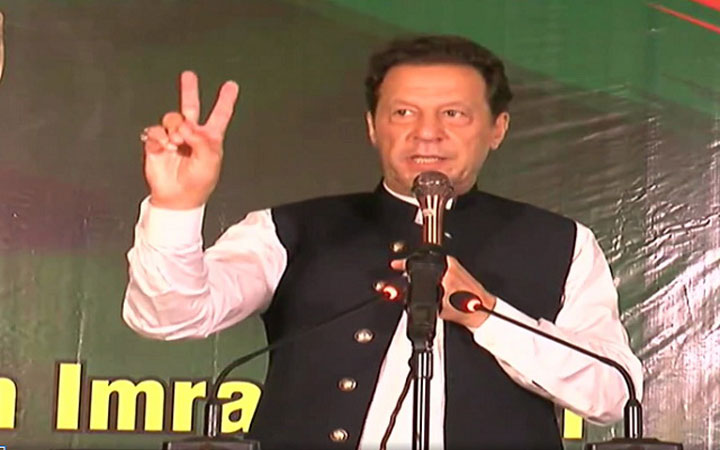 PTI Chairman Imran Khan Tuesday said he will have to take “unprecedented decisions” to steer the country out of the crises if his party came into power again.

“Now, we have to find out-of-the-box solutions to govern the country like no one ever had. We have to take those steps which we never took before,” he said while addressing a seminar on the economy in Islamabad on Tuesday.

Imran admitted that his administration was not prepared to run the country when it came into power in 2018, saying, “I spoke to [former finance minister] Shaukat Tarin and discussed that we will have to come prepared this time”.

Imran said his party’s foremost priority will be to protect the vulnerable from inflation and the aftermath of devastating floods.

“We have decided that we will constitute our own economic teams. When PTI will come into power, it will take important decisions that had not been taken by the past governments.”

He said overseas Pakistanis will play an important role in stabilizing the country’s economy.

Imran said during his last stint in power he could not solve many problems due to “political instability as opposition from the day one wanted to topple my government”.

He said he started two major projects – Ravi City and Bundal Island – both of which he said had the potential to attract foreign investment worth billions of dollars.

But unfortunately, the Sindh government cancelled the NOC for Bundal Island project and “builder mafia” got a stay order which halted the work on Ravi City project for 11 months.

Hitting out at the incumbent rulers, Imran said they did not take any step to improve the lives of the masses as their only objective is to get “relief in corruption cases”.

“They mocked me when I started the billion tree tsunami project.. they [political rivals] did not make any long-term plans to protect the country from climate change..”

“Investments are impossible in any politically unstable country. Our 3.5 years into power was a challenging experience for us.”

He blamed the past rulers for not devising strategies to increase reserves by enhancing exports. “When we came into power, we immediately focused on increasing the country’s exports. I had also tried to travel with exporters during my foreign visits.”

“PML-N started politicising the issues during the coronavirus. They had urged the PTI government to impose a lockdown. If I had chosen to impose lockdown, then how we will feed the families of the daily wagers?” “The political opponents had been thinking at that time that the national economy would be destroyed due to coronavirus and hospitals will be packed with the patients”.

Khan said that PTI thwarted all plans of the then opposition and performed well during his tenure. He criticised the incumbent government and said that the common man had never imagined the steps taken by the current rulers who were completely unaware of the miseries of the poor people due to inflation.