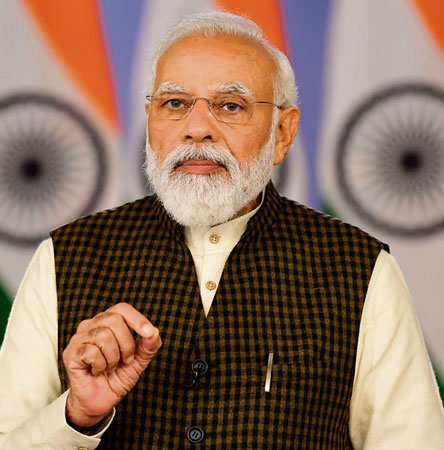 India’s Prime Minister Narendra Modi on Monday offered heartfelt condolences to the families suffering from the extreme rain-induced flooding in Pakistan, hoping for the situation to get back to normal. Taking to Twitter, the Indian prime minister wrote: “Saddened to see the devastation caused by the floods in Pakistan.” “We extend our heartfelt condolences to the families of the victims, the injured and all those affected by this natural calamity and hope for an early restoration of normalcy,” said Modi. So far, about 1,061 people have died while millions have been directly affected by the abnormally heavy rains in the country.