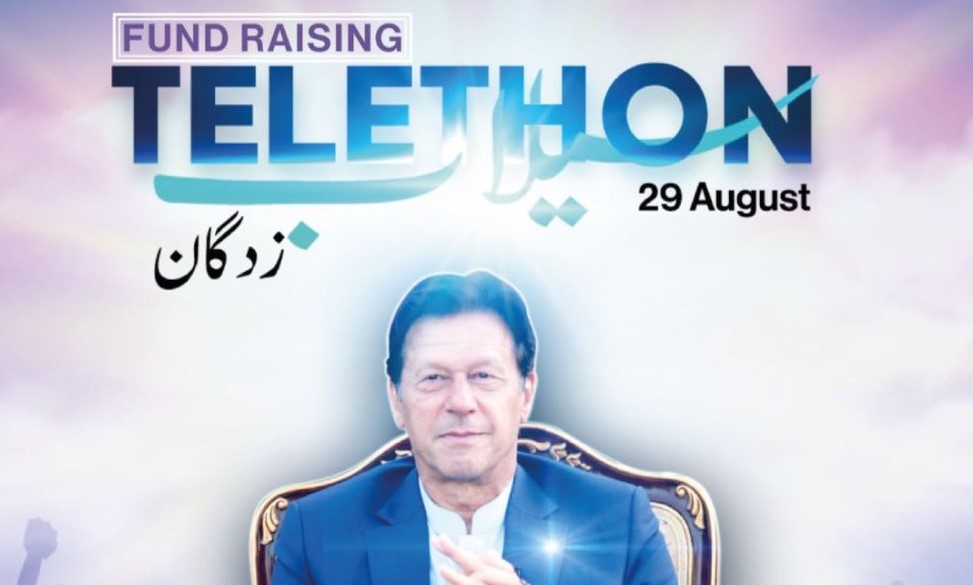 The PTI supremo urged Pakistanis to attend the fundraising telethon for flood victims in a video on his Facebook page. Khan claimed that Pakistan has been experiencing the worst flooding in its history and that it is time to help fellow citizens.

He urged citizens and overseas Pakistanis to participate in the telethon.

Assuring that PTI’s “tiger force” would be activated to volunteer for relief work, Khan promised that a committee under Sania Nishtar would be set up to “identify and coordinate funds allocation based on needs.”

Actor Humayun Saeed has tweeted a poster featuring details of Khan’s telethon for flood relief and asserted that it is not the right time for political discourse.

“With hundreds of thousands of our brothers, sisters, and children struggling to find shelter and food, this is no time for political discourse,” wrote the London Nahi Jaungi actor.

He went on to point out that “our first priority must be to come together and find ways to help them [flood affectees], whether it’s through the government or any political party.” Saeed stressed, “Please donate generously!”

On Saturday, Imran Khan, while addressing a public gathering in Jhelum, said he would help the flood-hit people but would not stop his campaign for real freedom.

He also announced the establishment of a relief fund to collect donations, adding that Sania Nishtar, a party leader who led the Ehsaas social welfare programme during Covid-19, would head the effort.

“Overseas Pakistanis have always stepped up, may it be the floods of 2010 or the Kashmir earthquake in 2005,” Imran Khan said while calling for the country’s vibrant diaspora to help their nation.