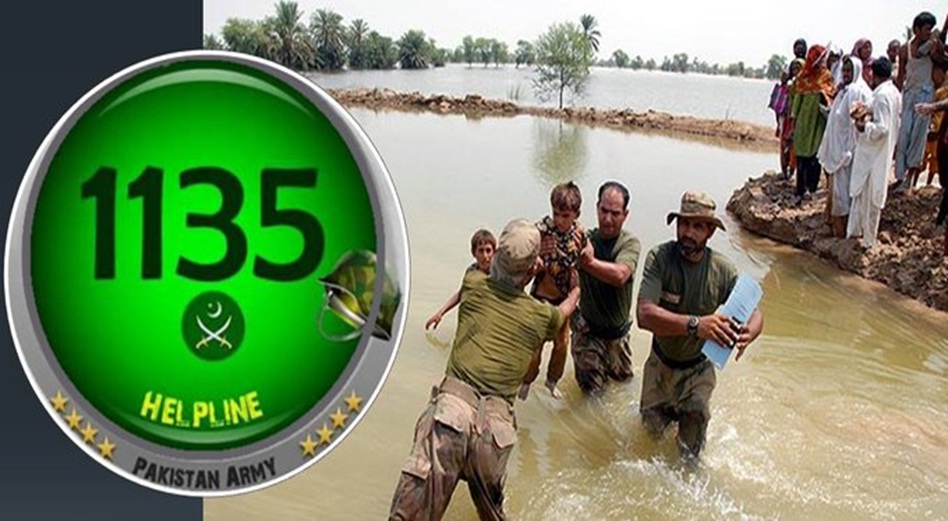 The Pakistan Army on Saturday established the Army Flood Relief helpline for public facilitation to coordinate rescue and relief efforts across the disaster-hit areas of the country.

However, the Armed Forces media wing in a statement, said that there were certain fake accounts being attributed to the Army for flood relief donations.

“All such accounts are fake and the public is requested to be aware of such fake appeals,” it underlined.

It also mentioned that a separate helpline was set up for Khyber Pakhtunkhwa Army Flood Relief help desks that could be reached on UAN 1125.