Syra Yusuf to get ‘inspired’ by Noor Jahan, Iqbal Bano and Reshma 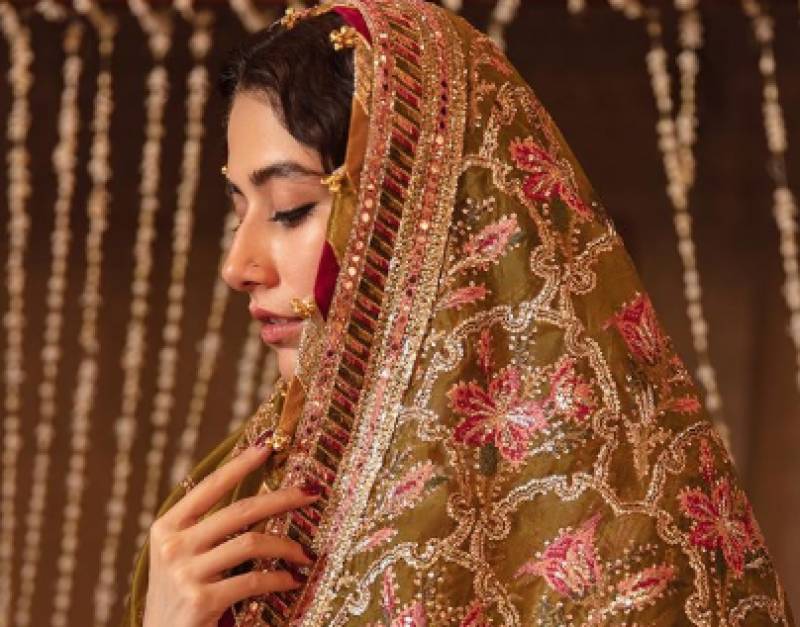 The designer has chosen actress Syra Yusuf to be the face of the collection.

His outfits were named after well-known artists such as “Noor Jahan,” “Iqbal Bano,” and “Reshma Jee.” Their clothing reflects traditional culture as well as 1990s fashion trends.

Syra Yusuf’s Noor Jahan-inspired outfit evokes memories for online users of Noor Jahan’s reign over Pakistan’s music industry. Despite the fact that the gharara is modern, everyone is reminded of Noor Jahan by Syra’s hairstyle, makeup, and demeanour.

Syra Yusuf to get ‘inspired’ by Noor Jahan, Iqbal Bano and Reshma

The designer understands the importance of educating today’s generation about the lives of legendary performers. Reshma Jee’s story is titled: “Singer Reshma Jee’s folk repertoire is deeply rooted in Pakistan’s cultural psyche.” Her songs, which were frequently pathos-laden, melancholy, and heartfelt, had an honest and melodic beauty. She went from singing at the shrine of Lal Shahbaz Qalandar in Sehwan, Sindh, at the age of 12 to singing a whole catalogue of folk songs for Pakistan Radio, many of which later graced the soundtracks of Lollywood and Bollywood movies. Her sincere demeanour and raw talent were a divine gift.”