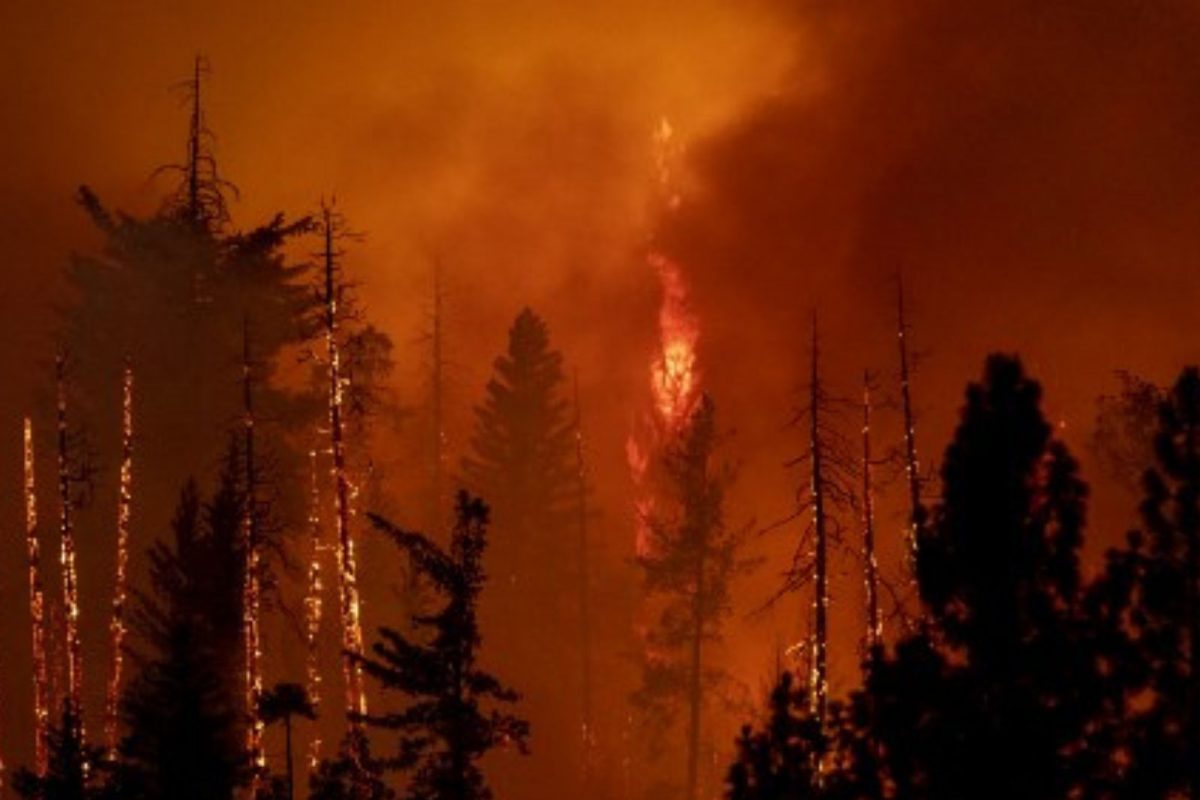 Deadly forest fires have become an annual scourge in the North African country, where climate change is turning large areas into a tinderbox in the baking summer months.

As residents have lost their homes to the flames, authorities have been accused of being ill-prepared, with few firefighting aircraft available, despite record casualties in last year’s blazes.

The justice ministry has launched an enquiry into the possibility that some of the blazes were started deliberately, after comments to that effect by Interior Minister Kamel Beldjoud. At least 38 people have been killed including more than 10 children, according to multiple sources, including local journalists and the fire service.

Most were in the El Tarf region near Algeria’s eastern border with Tunisia, an area which has been sweltering in 48 degree Celsius (118 Fahrenheit) heat. At least 200 more people have suffered burns or respiratory problems, according to various Algerian media.

Algerian television showed people fleeing their burning homes, women carrying children in their arms. A journalist in El Tarf described “scenes of devastation” on the road to El Kala in the country’s far northeast. “A tornado of fire swept everything away in seconds,” he told by telephone.

“Most of those who died were surrounded while visiting a wildlife park.” An AFP team in El Kala saw burned-out cars, exhausted people, and charred trees amid the strong smell of smoke.

A witness, who asked not to be named, said 12 people had been burned to death in their bus as they tried to escape when the fire ripped through a wildlife park. The fire service said Thursday afternoon that 1,700 firefighters had been deployed to battle the fires, of which 24 were still raging.