‘Spider-man’ actor Tom Holland has had enough of the Spotlight 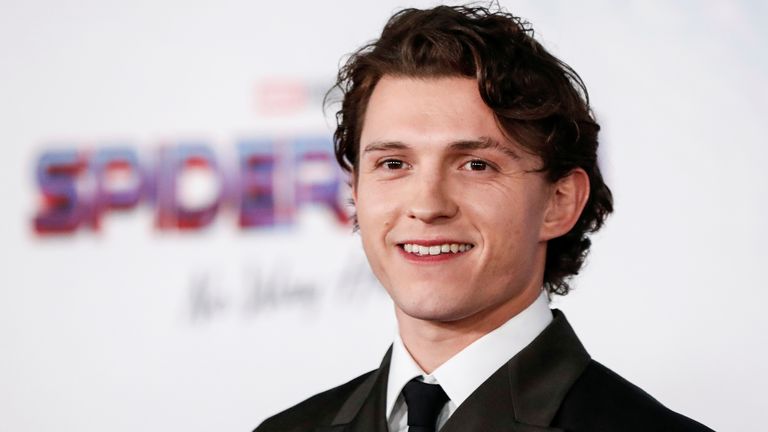 ‘Spider-man’ actor  Tom Holland, has had enough of the Spotlight. He donned the mask of the web-slinging superhero Spider-Man, has recently made a statement that he will be stepping away from the reigns of social media. After trolls and certain media-gossip online has led to his mental health to plummet. In an Instagram post, the Marvel superhero posted one last video. In the video he took the time to explain to his 67.7 million followers. The explanation is why he hasn’t been as active and online on social media for a while now.

Even though, he could not give a definite response as to when he will make his return to social media. The Spider-Man star was commended on being open about his mental-health and using his platform to talk about the issue. The extremely beloved actor started off the video by confessing how hard it was for him to film this video. Having done it multiple times prior to the one he officially posted.

The 26-year-old actor started off with this disclosure in his Instagram post. “Hi guys, so I’ve been trying to make this do an hour now and for someone that has spent the last 13, 14 years. However long I’ve been acting. I cannot seem to say what I need to say without ‘umming’ and ‘arring’ every five minutes. So, I’m going to try again,” said the actor. “So, I have taken a break from social media for my mental health. I decided to take a step back and delete the app.”

The English actor voiced off his anxieties through the Instagram post. He expressed that, “I find Instagram and Twitter to be overstimulating, to be overwhelming. I get caught up and I spiral when I read things about me online. Ultimately it’s very detrimental to my mental state”. Holland also stated that having read certain things about himself online, especially on major social media circles such as Instagram and Twitter, pressures him to ‘step up’. He addressed them to being as either average social media users, trolls or just gossip-ridden articles of him.

Tom also took to clarifying that the post was a “short” comeback to the app. On account of that, the actor had earlier on decided to distance himself from the social media. But continued to do so in private. Prior to sharing this clip on his Instagram on 14th of August, no precedent announcement was made about his break in previous posts.

The Spider-man star then continued on about an educational program which simultaneously functions as a charity which centers on mental health conferences. The program in turn is an initiative to help support youth and their respective hardships and struggles with mental health. Tom then consequently followed saying, “There is a terrible stigma against mental health. I know asking for help and asking for help is not something we should be ashamed of but it is something easier said than done.”

Tom Holland met with surging amount of support and admiration for his post discussing the tribulations that come with mental health. Justin Bieber also took to Instagram saying, “I love you, man.” with a red heart emoji. Social Media Influencer King Bach also sent his well-wishes to Tom. Footballer John terry was also among the thousands of comments that flooded Holland’s post, commenting three blue hearts. One fan was compassionate in their comment saying, “Don’t worry, we understand but we will miss you too”. Another fan’s comment showed the importance they placed to their favourite actor’s mental health. The fan wrote, “Please take all the time you need. The most important thing is your well-being.”

Before his sudden boycott of social media, Tom was pretty active on the platform. Having left multiple comments on Zendaya’s Instagram posts, who is both the co-star and girlfriend of the actor. Back in June, the couple were in the spotlight for alleged pregnancy rumours that took the internet by storm. It must have been an initial spark for the Spider-man star’s step away from social media. “See now, this is why I stay off Twitter,” wrote Zendaya in a tweet at the incredulous rumours that surfaced. “Just making stuff up for no reason … weekly.”