A window into the past

* NASA has launched its latest and largest observatory in space 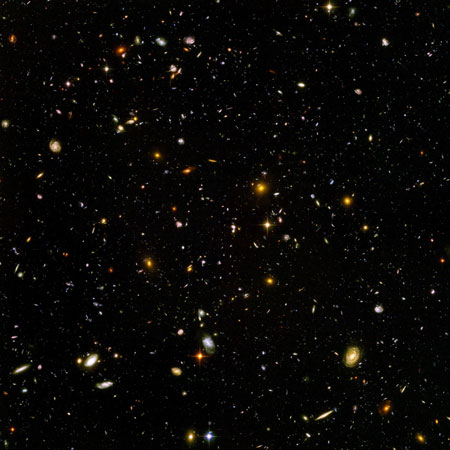 Our universe is a strange enigma, ever-expanding, mysterious and beyond the capacity of human mind to fully comprehend its vastness.

Many efforts have been put by scientists and astronomers to understand the nature and reality of this infinite space that exhibits ginormous amount of energy. Its cosmic vastness houses innumerable clusters of galaxies, stars, planets, exoplanets, huge magnificent Quasars (black holes) and many other giant cosmic phenomena we hardly know yet.

NASA has launched its latest and largest observatory in space. It is the successor of Hubble telescope. Webb has started its epic science mission to unravel the history of universe from the Big Bang, the formation of galaxies in the early universe, birth and death of stars in our planetary systems and much more.

It is a combination of latest and highly improved technologies; large sized, gold-coated mirrors, made of ultra-lightweight beryllium, five layers of sunshields and has a cryocooler to maintain an extremely low temperature near infrared detectors of (MIRI) Mid-Infrared Instrument, to make it able to view distant images of our universe. With the help of all these latest technologies, JWST is capable to make astonishing discoveries about planets, stars and galaxies more elaborately than Hubble Space Telescope did.

Webb has taken us to the verge of myth-breaking surprises. The observatory is examining the infinite universe for finite beings. With its ability to look back into the time through infrared wavelengths, it will either confirm or debunk old theories regarding the formation of universe and planetary systems. We will learn about the formation of early galaxies, about the structure and inception of supermassive black holes, about the history of dark energy and dark matter and what not.

JWST is presently in L2 orbit opposite from the sun and has sent some mind-blowing images including, SMACS 0723, Carina Nebula, Wasp-96b, Southern Ring Nebula, Stephan’s Quintet and The Cartwheel Galaxy. Scientists have investigated these images. These images show the birth of stars, the end of stars and galaxies of thousands of light years away. Webb with its infrared resolution can peek into the past and is capable to examine objects over 13.6 billion light-years away, approximately 250 million years after the Big Bang.

SMACS 0723 is a galactic cluster, presents an image of thousands of galaxies very far away from our earth as 13.1 billion light years. Astronomers call it a deep-field image. “If you hold a grain of sand on the tip of your finger at arm’s length, that is the part of the universe you are seeing,” said Bill Nelson. Light takes a very long time to reach us, we are observing these galaxies as these were 13.1 million years ago. Some of these galaxies may have changed their shapes or some may have disappeared now. Red galaxies are the farthest ones from our planet.

Another image is of Stephen Quintet, a cluster of five galaxies. We are not seeing it for the first time, it was first discovered in 1877. The infrared cameras of Webb have shown a very clear and bright image of the galaxies not seen before. And we can see many more far-flung galaxies in the background.

Carina Nebula is a huge stellar nursery, 7,600 light years away from us. It is surrounded by dust and gases, a breeding ground of infant stars among the gigantic cliffs of dust. In Southern Ring Nebula we witness the death of a star, wonderfully depicted by JWST. There are two stars in the middle, very close to each other emitting gases that form nebulae around it.

WASP 96 B is actually not a picture but a scientific graph, that shows the atmosphere of exoplanets. It shows signs of water in the clouds of planet that means there we could find the possibility of life in the planet. The Cartwheel Galaxy image is a bright, pink galaxy resembling the shape of a cartwheel, this image also contains two closely located small galaxies. The picture reveals details about star formations, supernovas and its central large black hole. Hubble has also taken the image of The Cartwheel Galaxy but Webb has taken it to next level with the help of its infrared cameras. Webb gives a detailed insight of its past and makes clear what holds for it in future.

The Absolute Creator has hidden myriads of secrets in the maze of our universe.

The more we try to unravel these, the more these confound us. The cosmic vastness always baffles human mind and piques the curiosity to make latest inventions in the field of astronomy. Before 25, 2021, Hubble was operating as the latest telescope in history but the successor of Hubble, JWST, leaves everything far behind. The recent images sent by Webb peaked the expectations and curiosity of scientists and astronomers. The discoveries will revolutionize astronomy and cosmology. The details sent by Webb leaves one awe-struck at the greatness of the Creator and at the realisation of our own infinitesimal existence.