Sindh’s Version of Don’t Look Up’! 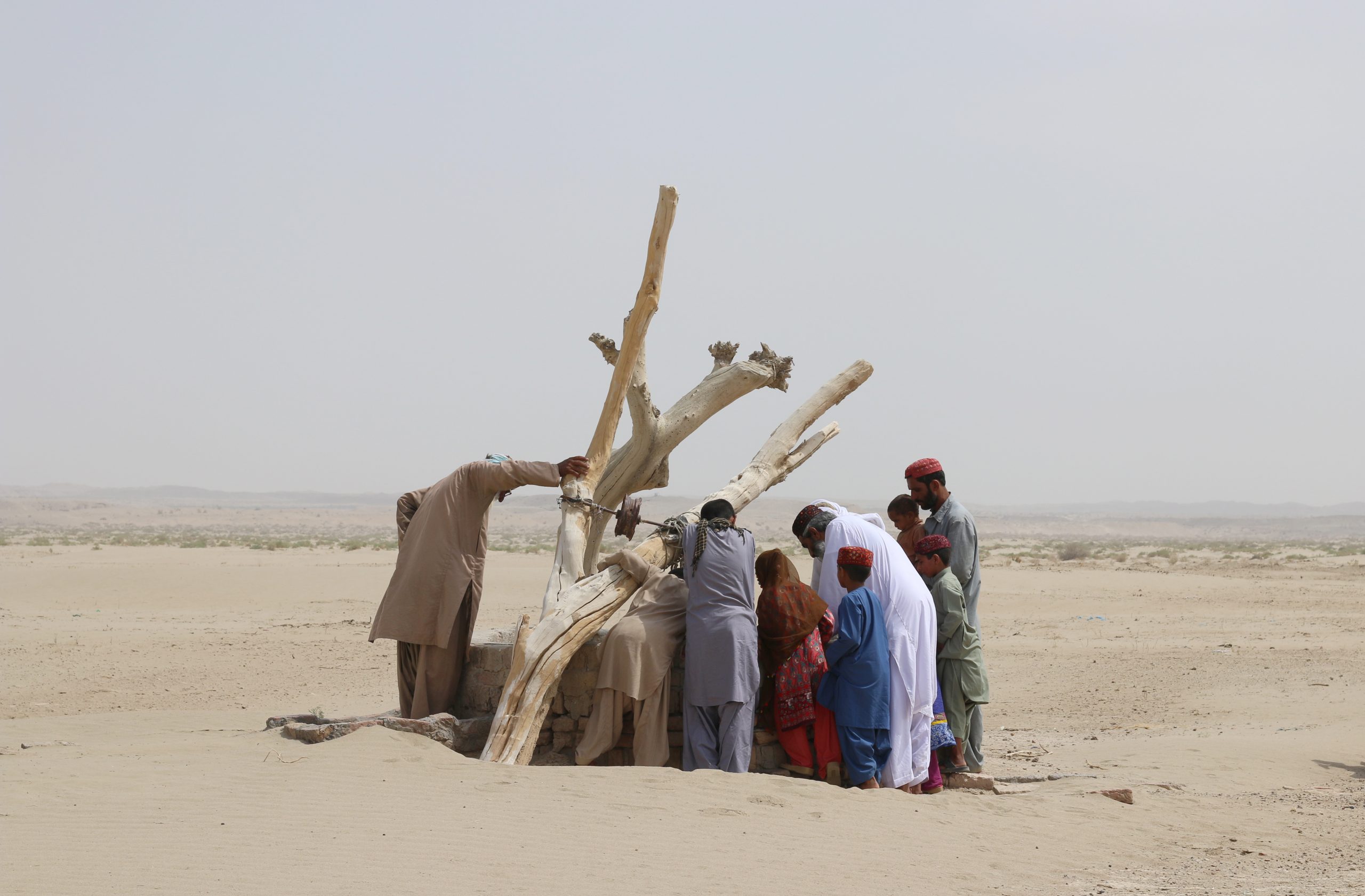 Enough describing a movie! Let’s get back to the task of finding out whether the title aptly resembles climate change’s dilemma across Sindh. Sindh, one of Pakistan’s four provinces which is known for its multi-ethnic, linguistic, cultural, and multi-faith backgrounds.

It is indeed a well-established fact across the world that climate change is an absolute threat to all the species climate controlled in every nook and corner, but the question here that needs to be answered is how much we are serious about coping this mayhem with concerted efforts? The recent wildfires and heat waves across Europe, the Americas, and Asia are a glaring example of the rapidly changing weather patterns. Meanwhile, in Pakistan, the wildfires in the KP district and the Koh-e-Suleiman region are recent happenstance that caused economic and human loss. These events thunderously demonstrate the widespread and existing impacts of climate change.

In the same vein, Sindh, too, is no exception. Constantly changing patterns of weather have been wreaking havoc across Sindh every now and then. A series of heat waves in 2015, a number of downpours as cats and dogs in 2020, and then again a wave of heat waves in April-May this year, and floods in the metropolitan cities last month, especially in Hyderabad and Karachi, are the thundering simulacrum of the relation between concerned unprepared disaster management authorities and irregularity in weather patterns. The adverse effects of the altering patterns are not limited to the cities Environmental degradation is commonplace. The agricultural ecosystem is duly beriddened owing to global warming. Additionally, Sindh has lost an enormous chunk of forest cover over the past few decades. The coastal belt in Sindh or the Thatta belt or the Indus belt is dramatically shrinking on account of mangrove deforestation. All these occurrences are an alarming call for the policy makers working in concerning government ministries and departments.

In the past, the human cost and economic loss had been tremendous due to dry weather and monsoon downpours. But as the augmenting warm nature of atmosphere is breathing carbon dioxide afresh, the temperature is exceedingly rising. As a consequence, the economic and human losses are soaring. The conditions of the principal metropolitan city of Sindh, Karachi, deteriorate every time it gets hit with downpours and heat waves. The inundated scenarios in the previous month in the metropolis were giving the vibes of DC’s Gotham City, battling on multiple fronts and amongst the most critical to climate change. And like the denizens in the ‘Don’t Look Up’, the city dwellers and PDMA were forewarned of the forthcoming downpours by the Met department, so either of the actors may stay alert in the face of a downpour. Also, like the authorities in the movie, the authorities concerned in Sindh were ordered to sit tight and assess. The other cities in Sindh are equal victims of authorities’ negligence and poor infrastructure and management.

Agriculture, as an economic indicator, holds a humongous significance amongst the countryside dwellers. To that end, Sindh’s most of population economically relies on the agricultural ecosystem. Livestock barns, poultry farms, dairy businesses, and pasture selling forms are some of the salient features of revenue-generating sources in the rural areas of Sindh. Comparatively, the labor ratio of women in the agriculture sector is higher than that of men. That said the womenfolk in the rural belt holds sway over the agricultural affluence. But unfortunately, it has lately been shown that due to land degradation, in Sindh, a dramatic loss in agricultural production has been witnessed. Desertification or land degradation is the process that leads to a wane in agricultural productivity. Interestingly, the agents that contribute to the desertification menace are said to be both natural as well as human. Natural factors like draught, landslides, over-flooding, soil erosion, water logging, and salinity are some pertinent examples. Moreover, due to land degradation, carbon storage in the soil diminishes, which is one of the main causes of global warming and the loss of biodiversity. In this regard, desertification is not the only culprit that causes the decrement of the agro-based economy. The annual cycle of water flow has been putting the Kharif crops production on hold for almost a month and a half. The barrage authorities hold seasonal changes culpable for the irregular cycle of water flow. This added a great deal of misery to the economically and psychologically wounded farmers. Whereas, little has been said and done on part of the provincial and federal governments on this issue. The authorities responsible for the advocacy and amending chose to: sit tight and assess.

In the same breath, due to the absence of green spaces in the province, climate-related disasters are becoming common. In addition, the relentless logging owing to the dearth of livelihood resources and the wood mafia’s needs have led to a marked loss of forest cover. If estimates are to be believed, Sindh is at a greater risk of going barren of green spaces because it has already lost 50% or so of its forest cover with only 601.96 million trees under the Billion Tree Tsunami initiative. Furthering the environmental blows, the land mafia culprits, business moguls, capitalists, and builders have managed to contribute their part of the parcel by rapidly growing urbanization process. Moreover, the erasure of greenbelts to develop infrastructure projects is another leading cause of environmental degradation.

Here again, the government authorities, who also survive on the mercy of elements reported above, decided to remain oblivious to the environmental crusade and ergo, to sight and assess.

To fully overcome the impacts of natural disasters might not be possible, but pre-preparedness will surely nip the soaring problems in the aftermath of a climatic event in the bud. The Sindh government needs to adhere to the readings and inroads laid down by the Intergovernmental Panel on Climate Change. By engaging environmentalists, meteorologists, architects, civil engineers, and industrialists, the Sindh government can map out the restructuration of Karachi city. Urban architecture experts, like Arif Hussain, should be approached with new mapping strategies. What cities like Karachi currently needs is mega-management with the main emphasis on green buildings, miywaki urban forestation, green spaces, storage and recycling of rainwater, and adapting solar energy, wind energy, and biofuel. Other metropolitan cities, such as Hyderabad, Sukkur, and Larkana, should be put under constant vigilance and should be developed keeping the above-suggested factors in mind.

Before doing that, the Sindh government should review the recent IMF report on climate change that cautions the rise in global sea level by about one-meter by 2021. Furthermore, the IMF report predicts that the people of South Asia will be the most affected by the rising sea level. If it is South Asia, it is hoped that the provincial government might know that Karachi sits by the Arabian Sea. According to researchers at the University of Sindh, in the next hundred years, 26000 square km of land will be lost if the sea level rises by 0.66 meters, and 33% of the coastal land will be lost if we continue at the current pace. The floods, as well as heat waves, will likely to continue to occur in the years to come.

In order to contend with desertification, environmental approaches – such as sustainable land management, soil and water conservation, forestation, and rehabilitation of degraded land – to refine the ecological conditions in an effort to avoid environmental degradation and agricultural ecosystem are need of the hour.

Although the plantation of mangrove trees across the Indus coastal belt has seen an augmentation, but it is not enough. The provincial government should set a target of early planting saplings in order to avoid the degradation of fertile lands on the coastal belt of Badin and Thatta. The government can appoint forest officers to look after the mangrove trees and other green spaces.

Lastly, the Sindh government is advised to start a provincial debate on the rising impacts of climate change across Sindh. In ‘Don’t Look Up’, the media plays a mockery role in describing the heavenly comet that is bound for the earth with an intention to raze the planet to the ground. The provincial media can play a decisive role in sensitizing the masses on account of climate change. Moreover, non- governmental organizations, civil society activists, and community-based organizations can be locally engaged to help aware people on mitigating climate change impacts. Educational institutions should be compelled to conduct seminars, debates, and essay competitions on issues related to climate change. Local newspapers should be directed to duly report on the climate change events across the globe. Rural women should be sensitized to climate change’s impacts on the livestock and the dairy business. There should be climate change officers in every nook and corner of the province that could inform the communities about the changing weather patterns and coping mechanisms in the face of any disaster.

Booklets on climate change should be printed and made available for free in central bookshops, and individuals of any age should be encouraged to read it. Another way to locally sensitize the children, students, elders, and women is by committing the female and male religious scholars to address the importance of forestation and its maintenance, and conservation of water in the context of the Qur’an and Sunnah.

All that is described above is easier said than done. Absolute climate sensitization can only be achieved by effective coordination between all the stakeholders in the government, society and communities.

Concerted efforts are needed to slap the climate impacts in the face before it is too late. This piece ends with the hope that the next generations will be born and bred climate-sensitized. In the meantime, beware of the climate deniers. They are everywhere around you. If you will see a comet named climate change heading towards you from the sky, they will hold your face and say ‘Don’t Look Up’!

Calimullah K. Studies Social Work at University of Sindh and is a climate activist.