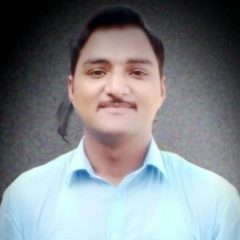 One Year in Diplomatic Isolation

Today marks the completion of one year of the fall of Kabul to the Afghan Taliban. While the fall of Kabul to the Taliban apparently came to pass on August 15, 2021, it can be well-argued that the pre-fall developments in Kabul had actually paved the way for it to happen. Lately, in an interview with VOA Urdu, Mr Hashmat Ghani Ahmadzai, an Afghani politician and the brother of the former Afghan president Ashraf Ghani, termed the US-Taliban Peace Deal “the deal of the fall of Kabul”. The Taliban 2.0 and Uncle Sam inked a peace deal on February 29, 2020, in Doha, the capital of Qatar. Embarked on a new journey, the two sides in their capacity kept on violating the deal one way or the other. There were also exchanges of blame over not adhering to the agreement in letter & spirit. In the midst, the United States’ political set-up changed and Joe Biden got elected as president. Biden, though being handcuffed by Trump’s accord with the Taliban, did not choose to pull the troops out of Afghanistan as promised in the deal. Understandably, this further complicated the matter and earned the ire of some factions of the Taliban. In the state of uncertainty and higher chances for the collapse of the deal in question, days and months continued to pass.

To cut the long story short, the last troop exit from Afghanistan happened in the dying days of the month of August 2021. This gave a free hand to the insurgents to prove their mettle. It is worth reminding that the US Intelligence community, as reported by The Wall Street Journal, had in the month of June 2021 estimated that the Afghan government could collapse as soon as six months after the American military withdrawal from the country is completed. That proved a miscalculated estimate. The fall of Kabul happened earlier than it had been anticipated stunning many across the world. No sooner did Kabul fall to the Taliban than hundreds and thousands of Afghans began to flee out of the fear of persecution at the hands of the former. The disturbing scenes at the Kabul Airport, which could be termed an ugly episode, will be fresh forever in the minds of all of us. With the fall of Kabul, another page turned in the chequered history of the war-ravaged country. Poverty saw new heights. According to some reports, hit hard by poverty, some Afghans were forced to sell their kids and even their bodies’ organs to buy something for food so that they could avoid going to bed with an empty stomach. According to UNDP, approximately 90% of the Afghan population is expected to be below the poverty line by the end of 2022. The world has isolated the Afghan economy in reaction to the Taliban’s takeover of Kabul. Unlike, their first stint back in the 1990s, no nation-state has formally recognized the Taliban interim government until now. Since day one, the Taliban have been hell-bent on gaining international recognition. Many of their leaders have on different occasions urged the international community particularly the Muslim countries to recognize their de facto government. In International Law, there are two modes of recognition: de facto and de jure.

Moderate individuals in the ranks of the Taliban may not be opposed to women’s education but the hardliners have been and would continue to be.

The Taliban government can be said to be a de facto government but it has yet to achieve de jure recognition. De jure recognition is granted to a new state by the international community when the latter is convinced that the former fulfils all the mandatory features of a state. To be fair, the Taliban extended general amnesty soon after they seized the power of Kabul. In the small days of their coming into power by force, an impression was given that they are different from how they used to be in their first stint. However, there are some issues both of local and international concern over which the Taliban have shown little to no flexibility. Right a week before the US-Taliban deal was struck in Doha, the current acting Afghan Interior Minister Sirajuddin Haqqani wrote an article for the New York Times with the title: What we, the Taliban, want. Keeping this in view, let’s analyze the post-fall Afghanistan with how Mr Haqqani had described it would be. Intra-Afghan Disagreements: In the article in question, Mr Haqqani had expressed his confidence about the resolution of intra-afghan disagreements through talks. This was never allowed to happen.

Use of Afghan Soil against Others: He had mentioned that they accord high importance to maintaining friendly relations with all the states and taking their concerns seriously. This has appeared no less than a hyperbolic statement. The banned Tehreeki-i-Taliban Pakistan TTP enjoys shelter in Afghanistan and has scaled up cross-border attacks. Islamabad has repeatedly requested the interim government in Kabul to tighten the noose around TTP but to no avail. Though the Afghan Taliban have ostensibly facilitated the peace talks but they are reluctant to take action against the TTP for a number of reasons.

The prime of which is that the Taliban fear that the TTP may join forces with resistance groups to the Taliban’s rule in Afghanistan. The snake-in-grass behaviour of the Taliban has to a great extent discouraged Islamabad’s spirit of advocating for the former on international fora. Women Education: Doors for women education remained shut for many months after the seizure of the power of Kabul by the Taliban. There appear to be divisions in opinions among the Taliban over the issue of women’s education. Moderate individuals in the ranks of the Taliban may not be opposed to women’s education but the hardliners have been and would continue to be. A case in point is the closure of girls’ schools hours after they were opened in March 2022. Unsurprisingly, again this is in contradiction with what Mr Haqqani had written in his article.

The problem is not alone with the Taliban; there are also flaws in the United States’ approach to handling Afghanistan it has left in the lurch. In a proverbial move of robbing Peter to pay Paul, Joe Biden in February 2022 signed an executive order to split $ 7 billion frozen Afghan funds into two. One part of which would be distributed among the victims of the 9/11 attacks as compensation. A very bad idea to say the least! This rightly garnered a harsh rebuke from around the world.

Given the plight of the people there, the world needs to take serious steps to bottleneck deteriorating humanitarian situations in Afghanistan. It is high time the Taliban realized that Afghanistan cannot afford to remain in isolation. They need to show flexibility and live up to their commitments. With the cracks in the international order, following the Russian invasion of Ukraine on 24 February 2022, chances for the Taliban government to gain international recognition have increased. The ball is now in the Taliban’s court whether they seize the opportunity to convince the international community by doing away with their conservative approach or pushing the country of 40 million people into more darkness.