‘Hush up for media’ 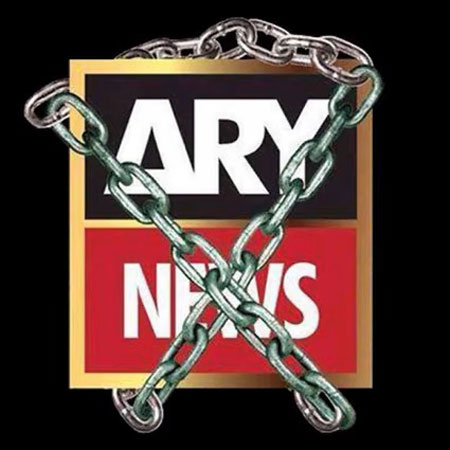 The Ministry of Interior has cancelled the NOC of ARY News, citing ‘adverse reports from agencies’ as the reason behind the decision. The notification issued by the ministry, dated August 11, to the Pakistan Electronic Media Regulatory Authority (Pemra) reads: “The NOC issued in favour of M/S ARY Communications Private (Ltd). is cancelled with immediate effect and until further orders on the basis of adverse reports from agencies.” The channel’s administration condemned the suspension of its transmissions, saying the network is being victimised by the federal government. They said the cancellation of NOC will mean economic murder of more than 4,000 media workers associated with the news channel. The move came after airing of the controversial statement delivered by Pakistan Tehreek-e-Insaf (PTI) leader and Imran Khan’s Chief of Staff Dr Shahbaz Gill on ARY News. The channel had later issued a clarification that Gill’s statement was his personal opinion and had nothing to do the channel’s policy. The decision from the Interior Ministry comes two days after the Sindh High Court directed Pemra and cable operators to immediately restore the transmission of ARY News, which had been suspended on orders of the government. Reacting to the development, renowned layer Babar Awan said that the government has committed the economic murder of over 4,000 families of media workers. He added that it is needed to give reasons for the cancellation of the NOC and clarification is sought from the channel.

He said that the decision came under the contempt of the court as the SHC issued orders to not close the transmission of the channel. “It cannot be done in this way that a bureaucrat takes a decision solely to issue a notification of the NOC cancellation. The channel cannot be closed after the decision of the interior ministry. The decision of the NOC cancellation should be immediately challenged to the court.” PPP Secretary General Farhatullah Babar expressed concern, saying “using state power arbitrarily will backfire”. “Effects of law of diminishing returns already becoming apparent,” he tweeted. PTI leader Asad Umar said “the tide of history cannot be stopped by coercive illegal measures.” PTI leader and former state minister Farrukh Habib also strongly condemned the cancellation of the channel’s license and said the government was “harming” the country by taking such coercive measures.