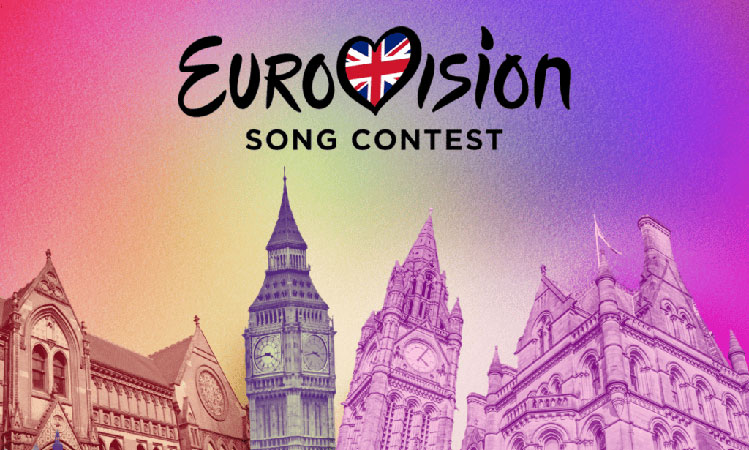 The UK announced Friday that the 2023 Eurovision Song Contest will be held in one of seven large cities outside London, after Britain was chosen to host the contest in place of war-torn Ukraine.

BBC DJ Scott Mills announced that seven cities are in a shortlist to host the event, all but one of them in northern England or Scotland: Birmingham, Glasgow, Leeds, Liverpool, Manchester, Newcastle and Sheffield.

The final choice will be announced in autumn after cities present more detailed bids, Mills said.

The European Broadcasting Union, which runs Eurovision, ruled Ukraine out as the host country on security grounds and the government in Kyiv agreed to a UK-hosted event with a strongly Ukrainian flavour.

The BBC will produce the world’s biggest live music event, taking in performers from across Europe and Central Asia as well as Israel and Australia.

“We’ve waited for 25 years for a Eurovision to be hosted in the UK so very excited,” Eurovision executive supervisor Martin Osterdahl said on the BBC radio show. The UK previously hosted the contest four times in London. Birmingham hosted the event in 1998. None of the other shortlisted cities have Eurovision hosting experience. In May, Ukrainian folk-rap group Kalush Orchestra won in Turin, on a wave of support for their country following Russia’s invasion.

Despite protests from President Volodymyr Zelensky’s government, the EBU ruled that Ukraine could not guarantee the safety of more than 10,000 people involved in the production and a further 30,000 fans expected to attend.

Britain said in July that it had agreed to host the event. Ukraine is still guaranteed a place in the 2023 grand final along with the EBU’s “top five” countries: Britain, France, Germany, Italy and Spain.